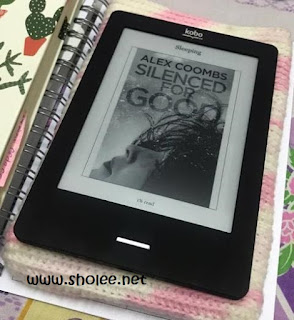 Detective Hanlon is addicted to violence. She likes the rush, the danger, the losing control...

When Hanlon is suspended from the force for assaulting a suspect, she escapes to the remote Scottish island of Jura, home to the mysterious Corryvreckan whirlpool.

But wherever Hanlon goes, violence is sure to follow.

As soon as she checks into The Mackinnon Arms, Hanlon senses something isn't quite right about the staff at her home for the week.

Sure enough, within days of arriving, the body of a member of staff is found floating in the sea. While police believe she was claimed by the local whirlpool, Hanlon isn't so sure.

As she pieces together the evidence, dark secrets begin to unravel. Can Hanlon work out what is going on before another floating body is found...?

The start of a gripping new crime series, perfect for fans of Angela Marsons, Robert Bryndza and Lisa Regan.

Thanks to Netgalley and Boldwood Books for this e-ARC in return for my honest review.

I was attracted to the cover first and then the summary of the novel which I had hoped it would be as intense. However it has actually turned out to be the opposite.

Basically it's about a woman cop, who is on suspension over her use of power and excessive violence, sent on a vacation to loosen up but had instead stumbled upon 2 deaths, a sex party and drug dealings.

I didn't enjoy it as much especially with the way it was written. It did feels like the author was trying very hard to impress the readers with the beautiful landscape of the story. It makes the novel more overbearing with words which became quite a handful to read at times. At one point, it was unrealistic for a first timer not to be hooked on drugs but I could be wrong since I've not had any before.

Thankfully the actual gist of the story was interesting and I did want to know the ending especially with so many suspects. It did some twist and turns which had me guessing who did it and eventually leading me to think it has to be her but I never expected them! When the story proceeded towards the end, it gets so much better with more intensity. I am satisfied with that ending but I would think there would be a sequel. I'm sure there will be more of Hanlon as an over-stressed has-been ex-cop.


The sea's the sea where it's the Baltic or the Atlantic.