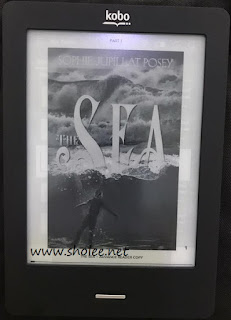 Forty-year-old Amos Heinig avoids family, society, and emotional conflicts. People bring far too much drama, as if he doesn't have enough of his own. The ultra-realistic nightmares he's been having for as long as he can remember have made his isolationist existence nearly unbearable. After each bizarre, visionary dream in which the wild, untamed ocean rises up and destroys humanity, he wakes in his bed, drenched in seawater. All he wants is to forget the dreams and avoid the sea at all costs.

Surprising himself, he attends his nephew's birthday party and reconnects with his relatives. During the party, he learns that his sister not only knows about his strange visions, but that the gift runs in the family. In his worst nightmare, Amos discovers his own unique legacy as the lines between dream and reality become muddled. He alone recognizes the dire omens for humanity. Amos’s empathy is tested in the most terrifying way possible and a new, urgent purpose catapults him into action.

Can a force of nature, subject only to time and the tides, ever be patient, persuaded, let alone subdued? Or will Amos's efforts only delay the inevitable desolation and ruin of the entire human race?

The above taken from Goodreads.
I've received this e-ARC from BookSirens in return for my honest review.

This was an unexpected short read for me. It turns out that this novella is more about saving the earth with a hero in direct liaison with Mother earth. He's trying to convince her not to destroy the human race as humans have been destroying the earth slowly but surely.

I was attracted to the cover hence the requisition and here I thought a novella, short and sweet. Well, I was wrong to assume as although it was short and sweet, it did carry some important messages especially with regards to saving the earth.

Overall, it was well written, well expressed with a melancholy feel. It's well rounded with a good intent which I've enjoyed. Having able to relate to it since it's also our current global warming issue, I think most of us can resonate with this.

Some notable quotes which you can gauge of the novella: 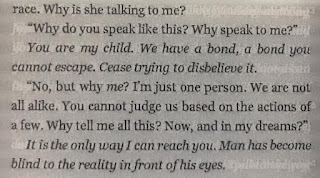