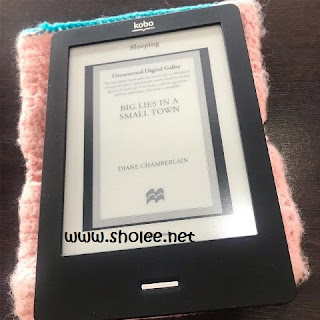 I've received this e-ARC from Netgalley in return for my honest review.

North Carolina, 2018: Morgan Christopher's life has been derailed. Taking the fall for a crime she did not commit, she finds herself serving a three-year stint in the North Carolina Women's Correctional Center. Her dream of a career in art is put on hold—until a mysterious visitor makes her an offer that will see her released immediately. Her assignment: restore an old post office mural in a sleepy southern town. Morgan knows nothing about art restoration, but desperate to leave prison, she accepts. What she finds under the layers of grime is a painting that tells the story of madness, violence, and a conspiracy of small town secrets.

North Carolina, 1940: Anna Dale, an artist from New Jersey, wins a national contest to paint a mural for the post office in Edenton, North Carolina. Alone in the world and desperate for work, she accepts. But what she doesn't expect is to find herself immersed in a town where prejudices run deep, where people are hiding secrets behind closed doors, and where the price of being different might just end in murder.

What happened to Anna Dale? Are the clues hidden in the decrepit mural? Can Morgan overcome her own demons to discover what exists beneath the layers of lies?

This book alternates between Morgan and Anna, both talented artists in their own right but in a different era. Current era, Morgan is in jail for a crime she did not commit and has regretted her actions way back then. In the 40's, Anna has won a contest to paint a mural for a post office. With a stroke of luck, both their lives intertwined through another artist, Jesse.

The story started off strong, written with much angst and mystery which got me hooked from the first page itself. It didn't dilly dally and had me in anxious fit! Thankfully I was reading from my Kobo so I couldn't just flipped to the last page just to know the outcome LOL! It's my first Diane Chamberlain read and it has definitely piqued my interest in her other books. I've enjoyed this one a lot and I liked how she has plotted the events that lead up to the ending, with the right pace. At some point, I was starting to guess the culprit and somehow knew that would happened. However, it doesn't damper the spirit of the story and that ending was so unexpected for me.

As New Jersey is a modern state even then with Anna being an independent woman, it was quite appalling how Edenton still has slaves and the male chauvinism was still sky high. The story itself was so realistic that I imagined events from another book, The Color Purple. It's sad that no matter how much she tried, Anna was still unable to fit in. I guess that the eventuality of that unwanted event was a good turn, for both Anna and Jesse.

I liked how it ended for both Morgan and Anna. It was definitely a beautiful closure for me so much so that I had a withdrawal syndrome after finishing this book LOL! It's such a memorable read for me for sure! Thank you so much, Netgalley, for this opportunity to read such a lovely book!
Email ThisBlogThis!Share to TwitterShare to FacebookShare to Pinterest
Sections: Books