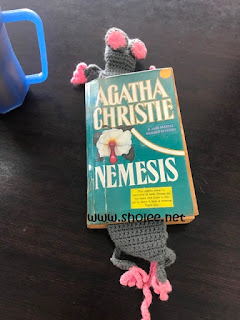 In utter disbelief, Jane Marple read the letter addressed to her from the recently deceased Mr Rafiel - an acquaintance she had met briefly on her travels. He had left instructions for her to investigate a crime after his death. The only problem was, he had failed to tell her who was involved or where and when the crime had been committed. It was most intriguing. Soon she is faced with a new crime - the ultimate crime - murder. It seems someone is adamant that past evils remain buried...

I am surprised that this turned out to be a good Marple read! How it started out ambiguously and peaked through slowly but surely with a good pace until the end reveal was marvellously plotted! Though by page 200 or so I could have guessed who the killer was, it was nice how AC had weaved the story to sort of reveal with a triumphant ending. Thoroughly an enjoyable one at that!
Email ThisBlogThis!Share to TwitterShare to FacebookShare to Pinterest
Sections: Books