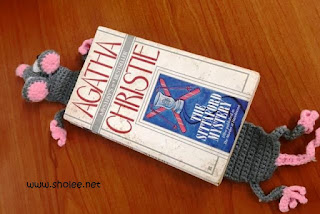 Agatha Christie is more than the most popular mystery writer of all time. In a career that spans over half a century, her name is synonymous with brilliant deception, ingenious puzzles, and the surprise denouement. By virtually inventing the modern mystery novel she has earned her title as the Queen of Crime. Curious? Then you're invited to read....THE SITTAFORD MYSTERY

M-U-R-D-E-R. It began as an innocent parlor game intended to while away the hours on a bitter winter night.

But the message that appeared before the amateur occultists at the snowbound Sittaford House was spelled out as loud and clear as a scream. Of course, the notion that they had foretold doom was pure bunk. Wasn't it? And the discovery of a corpse was pure coincidence. Wasn't it? If they're to discover the answer to this baffling murder, perhaps they should play again. But a journey into the spirit world could prove terribly dangerous-especially when the killer is lurking in this one.

It started off like any other drama, slowly introducing the casts and then proceeded with the mysterious death. It was cleverly shadowed but somehow somewhere towards the end the mystery sort of unravelled itself. I've suspected who the murderer was and my assumption was right at the end.

Nevertheless, it was an entertaining read, had us guessing who the murderer was and implying all was innocent. That small crack revealed it all actually. Anyway, I'm on a AC roll, reading another of hers currently LOL!
Email ThisBlogThis!Share to TwitterShare to FacebookShare to Pinterest
Sections: Books