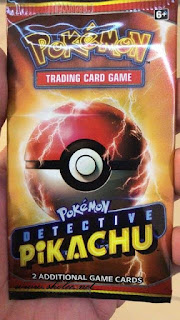 In Ryme City, humans and Pokemons are partners (kinda reminded me of the movie, The Golden Compass), living in harmony and there are no Pokemon battles nor exploitation by humans. Tim Goodman received news of his father's demise in line of duty and headed to Ryme City to claim and clean his late father's apartment. After accidentally bumping into Lucy and then chance upon Pikachu, all is not what it seems and Tim realised his father may not be dead after all!

I've totally enjoyed the wholesome goodness, funny, exciting, hilarious and sad moments of this movie! It may not be as in-depth but the entertaining factor is awesome enough which is the whole point of this movie, right?! All the Pokemons in the movie looked so real, I wished I have them as my partner too! Especially Pikachu! The new young casts were good and they didn't look as stiff as others I've watched in lesser known fantasy movies. Definitely a feel good movie - aka stress reliever - to watch in the cinema with the family!

The only gap I've noticed is the ending... what happens to Mewtwo after that? FYI, a sequel has been confirmed and in the making so I guess it closes that gap then. Well, Mewtwo is the greatest Pokemon of all so such a benign role does not fit him fully LOL! 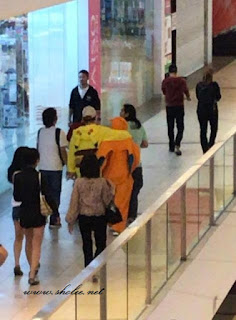 After the movie ended, we realised Pikachu and Charizard were with us all this while watching the movie too LOL!!! In fact, they were good buddies!!! Oh well, I'm just surprised that somebody actually turned up in costume for this movie... they must be hardcore Pokemon fans!
Email ThisBlogThis!Share to TwitterShare to FacebookShare to Pinterest
Sections: Movies