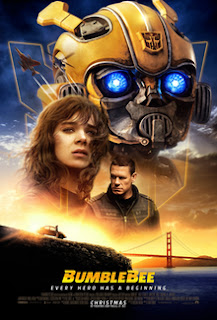 On Cybertron, the Autobots, led by Optimus Prime, are on the verge of losing their civil war against their enemies, the Decepticons, and begin making preparations to leave the planet. The Decepticons ambush them during the evacuation, and Optimus sends a young scout, B-127, to Earth in order to set up a base of operations where the Autobots can regroup. B-127 reaches Earth alone in 1987, crash-landing in California and disrupting a training exercise being conducted by Sector 7, a secret government agency that monitors extraterrestrial activity on Earth. Sector 7 lieutenant Jack Burns presumes him to be a hostile invader and attacks, driving B-127 into the forest, where he is then ambushed by the Decepticon Blitzwing. When B-127 refuses to disclose Optimus's whereabouts, Blitzwing spitefully tears out his vocal processors and damages his memory core. B-127 manages to destroy Blitzwing before collapsing from his wounds. Before entering stasis, B-127 scans and transforms into a nearby 1967 Volkswagen Beetle.

Charlie Watson, a teenage outcast traumatized by the death of her father and resentful of her mother Sally for remarrying, finds B-127 in his Beetle form in a scrapyard belonging to her friend Hank, who gives it to her as a birthday present, on the condition that Charlie repairs it. In doing so, Charlie accidentally activates a homing signal that is detected out in space by Decepticons Shatter and Dropkick, just as they are in the middle of interrogating the captive Autobot Cliffjumper. After executing Cliffjumper, the pair head to Earth, where they masquerade as peacekeepers to persuade Sector 7 to help them find and capture B-127, whom they claim is a dangerous criminal.

Meanwhile, Charlie revives and befriends the amnesiac B-127, whom she nicknames “Bumblebee”, and teaches him how to communicate through his radio. Together, they unlock a message from Optimus urging Bumblebee to defend Earth in their absence, which restores his memories. Charlie alerts Bumblebee about the importance of staying hidden, but he is later discovered by her neighbor Memo, who agrees to protect their secret due to his feelings for Charlie. Left alone, Bumblebee accidentally destroys Charlie’s living room and causes an energy spike that attracts Sector 7’s attention. Sally blames Charlie for the destruction, and she angrily leaves with Bumblebee and Memo, only to be intercepted by Sector 7, Shatter and Dropkick and knocked unconscious while trying to protect Bumblebee. When returned home, Charlie finally expresses her pain over her father’s death and makes amends with her mother, who decoys so Charlie can follow Burns to a Sector 7 outpost, where Shatter and Dropkick torture Bumblebee into revealing the Autobots’ whereabouts and leave him for dead after revealing their plan to bring the Decepticons to Earth. Charlie revives Bumblebee with one of Sector 7’s high voltage guns, and they set out to prevent Shatter and Dropkick from contacting the Decepticons with a beacon. Burns and his men also attempt to stop them, but Dropkick destroys their helicopter, and Bumblebee saves Burns.

Overall, Bumblebee is an entertaining movie filled with funny banters and action packed plots. It does seemed like the movie centres itself on Charlie, basically her life struggle with Bee as her 'rock', replacing her dead dad. With the varied emotions throughout the movie, especially on how Bee lost his voice... it turned out to be fantastic especially with Bee rocking the 80's music!

The movie somehow reminded me of another girl + Beetle movie i.e. Herbie. Of course, this takes a different light, what with the classic 80's vibe and the original Transformers' ploy at the start of the movie. I honestly liked this movie best amongst all the Transformers movies made thus far! Bumblebee definitely captivated me in this movie!

Go watch Bumblebee with your family! It is definitely worth your while watching it in the cinema!
Email ThisBlogThis!Share to TwitterShare to FacebookShare to Pinterest
Sections: Movies