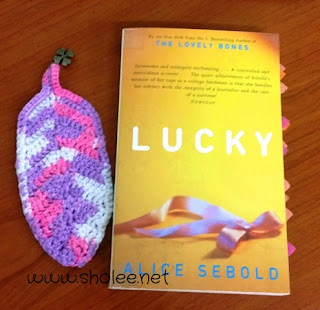 In a memoir hailed for its searing candor and wit, Alice Sebold reveals how her life was utterly transformed when, as an eighteen-year-old college freshman, she was brutally raped and beaten in a park near campus. What propels this chronicle of her recovery is Sebold's indomitable spirit - as she struggles for understanding ("After telling the hard facts to anyone, from lover to friend, I have changed in their eyes"); as her dazed family and friends sometimes bungle their efforts to provide comfort and support; and as, ultimately, she triumphs, managing through grit and coincidence to help secure her attacker's arrest and conviction. In a narrative by turns disturbing, thrilling, and inspiring, Alice Sebold illuminates the experience of trauma victims even as she imparts wisdom profoundly hard-won: "You save yourself or you remain unsaved."

This book captures the essence of a rape victim, from the moment it happened to the court hearings until she finally accepted her predicament. As a reader, it was not easy to read and digest such a harrowing ordeal, imagining the brutal rape as detailed by Alice at the beginning. More so when she was shunned by society and friends, I truly felt her despair and low self esteem. Thankfully she triumphed in the eyes of her family and law enforcements, felt her optimism and inspiration. It felt like I was watching an episode of Law & Order: SVU.

Alice had chronologically written her traumatic experience, from the moment it had happened until the end, in a clear and consice prose with much nitty gritty details that it was disturbing at first. Eventually the trauma had thinned and worked it's way to capture and jail the rapist where the court hearings were intense. Imagine having to relive the trauma again and again in court! She's so brave! In the end, through much ups and downs plus losing some friends on the way, she has finally found herself, straighten her life and move forward.

It is an eye-opening book for me, enthralling and inspiring that I couldn't stop reading. I do hope this book inspires others who are in similar, if not worst, predicament. It's not easy to be optimistic in such scenario but at least, there was someone who actually has been in your shoes and moving forward in her life.


I knew, now that I had been raped, I should try to look good for my parents. Having gained the regulation freshman fifteen meant that my skirt that day fit. I was trying to prove to them and to myself that I was still who I had always been. I was beautiful, if fat. I was smart, if loud. I was good, if ruined.

The bailiff looked at me.
"I've been in this business for thirty years," he said. "You are the best rape witness I've ever seen on the stand."
I would hold on to that moment for years.

My personal thought:
Through my observation, no matter what, the victim always gets the blame. It's always how she behaves or dresses, that's why she got raped but this is so wrong! How about children? Children are innocent souls then why do paedophiles targetted them? Why is it always the victim's fault and not the predator's? Those predators have sick minds but no one bothered acknowledging it, no one bothered to find the root cause, instead blaming it all on the victims as women are the easiest and weakest sex. I didn't realised we are still living in the stone age era. Women always have to fight for this or for that, even more so now with more educated human beings but with uncivilised minds.

However, thanks to a few good women, #metoo, #timesup and #ihavetherightto movements are making their marks worldwide in support of women and children. I sure hope it will raise more awareness, especially not to victimised the victims but to support them instead in whichever way deemed futile. Human beings nowadays are becoming more aggressive and uncivilised, not compassionate at all with anger/ rage issues, especially having seen/ experienced many road bullies i.e. especially while crossing zebra/ traffic light crossings. Mind you, these uncivilised human beings rather bullied their way through ignoring their red lights ya! Karma will get them for sure!

Apologies for the traffic rant, was just too annoyed with the growing uncivilised humans in this world! Too many traffic offences by such uncivilised humans to list down, honestly I think they have become dumber in this era of smartphones, just praying that Karma will get them one day!
Email ThisBlogThis!Share to TwitterShare to FacebookShare to Pinterest
Sections: Books