Happiness is when I've finally strike off my Bangkok wish-list after this recent trip! I've been to Bangkok numerous times and yet missed out going to some of the places high on my list. It's either I was not nearby or I don't have enough time or it's closed. So this time around, we made sure we've covered it for once and for all!

We've arrived very late on Saturday night. In fact, our flight was delayed twice! Air Asia, you really need to buck up as being delayed twice was not fun ya especially since it's a night flight. I understand that you are a budget airline and all so changing the flight the first time was fine since I was informed in advance but not being delayed a second time when I'm already at the airport! I spent half a day at the airport for nothing when I could have been in Bangkok, resting at the hotel! Le sigh!!!

Anyway, all was well after boarding the flight and arriving at Bangkok though the queue for taxi was longer than usual, peak hour perhaps. This time around, we've chosen to stay at Sukhumvit, thinking it's nearer to town and BTS stations. Well, it was nearer but our hotel was kinda far. We were staying at Marvel Hotel and we didn't realised the walking distance to be that far. There were pros and cons...


Well, enough of my rants and here are a few photos of day 1 - arrival LOL!
Time well spent reading my e-book while waiting and waiting for our flight! 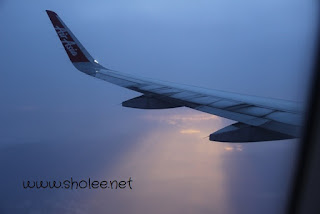 The only photo I've taken of the hotel as it was a little run down, dated, nothing to shout about.
Fried noodles for dinner which was a 5 mins walk from our hotel, by the roadside ya! In fact, there were many roadside stalls so you can explore but we were too famished to so we've just gone for the first one we saw. Both plates of noodles came up to Baht 140, not cheap even for a roadside stall. Probably due to the area being a tourist haunt. Thankfully it tasted fine and fulfilling. 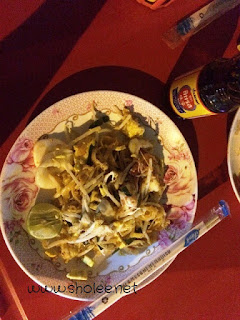