MPOV: Colorless Tsukuru Tazaki and His Years of Pilgrimage 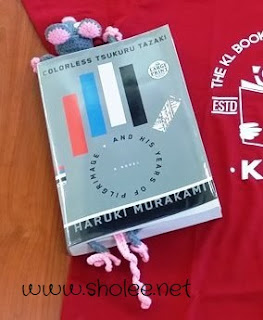 A highly acclaimed author with a highly appraised book. I was sceptical to start this initially as I hated it if it turned out differently. Also I was trying not to park any more books under DNF (Did Not Finish) pile. Luckily it turned out for the better with a relevant storyline that I could relate and  imagined. Murakami did not fail me this time but that agonising ending! He just had to leave it at that... why??? Also kudos to Philip Gabriel for not losing it in translation!

This book revolves around Tsukuru who was banished from his group of BFF's, survived his suicidal mind and currently living his dream working with a train company. After a few good friends and relationships, he is still lost with unresolved past and not able to move forward until he met Sara. With some nudging from Sara, Tsukuru decided to take the plunge to uncover the truth on why he was banished and to find closure so that he can move forward with his life and his relationship with Sara.


"She said there are some things I have to resolve. I have to revisit the past. Otherwise I’ll never be free from it."

Suicide. Music. Open-ending. After a few books in, I noticed that this is Haruki Murakami's trademark. So either you like it or you hate it. LOL! Well, his attention to details, ensuring that we understand the plots, the scenarios, the chain of actions... to be fully immersed in the book and then... left us hanging in the end. I definitely did not reciprocate to that kindly so I've decided on my own ending in mind. Just for my closure. LOL!

All in all, I did enjoy this book as much as Norwegian Wood. Thankfully as I did not like After Dark hence the scepticism initially. Though I've not made much sticky notes, I've actually liked this paragraph the most: 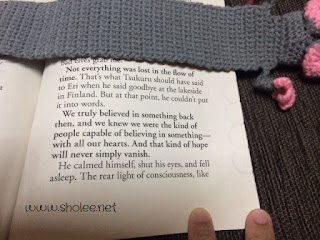 And that kind of hope will never simply vanish.
How apt...
Email ThisBlogThis!Share to TwitterShare to FacebookShare to Pinterest
Sections: Books