This was an impromptu choice and it wasn't crowded then. But the crowd did picked up midway and it was filled up pretty fast! However, I think the overall marketing of sticky bones and all were a little overrated... maybe I'm not a sticky bone eater hence I was not able to appreciate it. 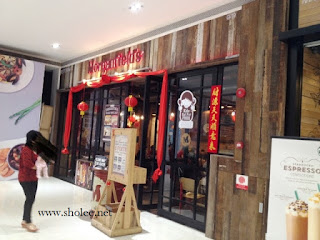 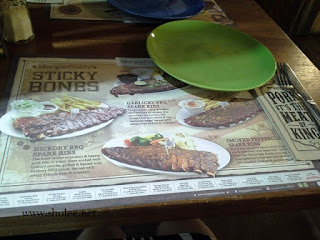 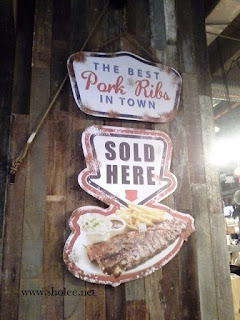 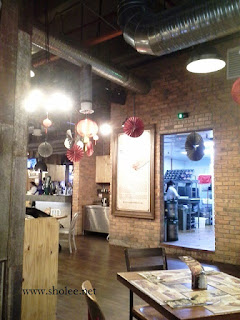 Firstly, we did not order mushroom soup. We thought it came together with the ribs but we were wrong. The waiter did not repeat our order after we had placed it and suddenly a mushroom soup appeared... how convenient. If it was delicious, ok lah but it was totally bland. Anyway, we had taken it so we can't dispute it lah after that... after we had realized the blunder =.=

The waiter did recommend their famous sticky bones and honestly, for me, it was rough. Kinda tough for me to chew on and that was a huge slab! Though tasty, I would have stopped eating midway as it was dry. Hence I totally applaud hub's for finishing it!

My seafood basket was fresh, especially the fish, and tasty but midway it tasted too much for me... not sure if it's the beer batter or oil but my tongue felt 'rough'. Thankfully my hot Earl Grey tea helped to wash it down. I guess I should cut down more on fried stuff LOL!

Total bill was RM125.50 inclusive of a bottle of mineral water and Earl Grey tea. The plus point... 6% GST has been absorbed into the food pricing. Definitely expensive in my books but ok lah for a one time off treat. Overall, nice ambience and all but it could have been a better first time experience for us.
Email ThisBlogThis!Share to TwitterShare to FacebookShare to Pinterest
Sections: Food