This is just a recapped of my first time attending a MYWritersFest event since it's convenient for me to go. It was launched on 1st October 2016 from 2 to 5pm at Kedai Fixi, Jaya Shopping Center. I had arrived on the dot but it's still early as mostly only writers were there. So I took the chance to mingle with them LOL! It was not easy being alone and not knowing any of them even though I've communicated with some via Facebook! Had to put a really thick skin on but the best part, I've left abruptly at the end without saying goodbye to them! I did say goodbye to Tina but then just left after that... dunno why... I was really that blur max!

MYWritersFest was organized by Malaysian Writers Society founders, Gina Yap and Tina Isaacs. There are meet & greet, writer appearances and book sales & autographs in the month of October so do check them out at the venue near you... especially if you wished to be a writer :-) The below 'quoted' information has been taken from their Facebook page of the first event:


It's that time of the year again. October is the most happening month for Malaysian writers and readers as #MYWritersFest2016 brings you together at 14 venues all across Malaysia this year. 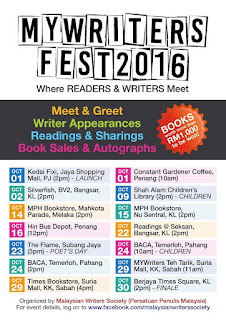 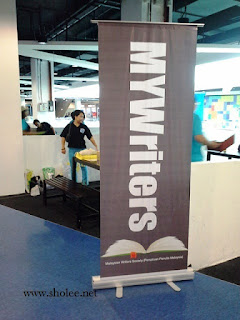 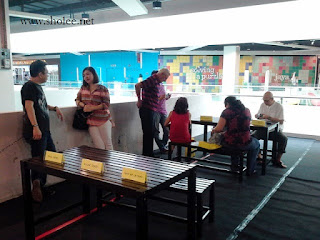 Making his debut at #MYWritersFest2016 is Farouk Gulsara, a self-professed "daytime healer and writer by night." Inside the Twisted Mind of Rifle Range Boy is a collection of thoughts and musings from his blog, Rifle Range Boy.

Anuar Shah is no stranger to the local literary scene, having established himself with titles like Pinjam and Pentas (both from Fixi) as well as his popular musings on legal and property issues. He will debut his latest offering, Malaysia Dilanggar Singapura (Simptomatik Press) at the launch.

Though Gina Yap Lai Yoong is best known for the bestselling NGERI trilogy of books published by Fixi, this foray into children's books -- a Malay translation of Josephine Yoong's Tapir Timmy Does the Right Thing -- isn't a huge stretch. "It was a privilege to work on the translation of this book as I truly believe in the importance of instilling the value of INTEGRITY into the younger generation today," says Yap. 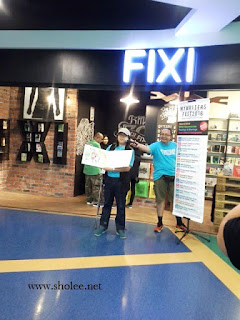 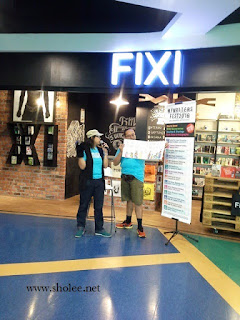 With over 29,000 copies sold -- and another reprint scheduled next month -- it's no wonder that Tunku Halim's Horror Stories is hailed by publisher Fixi Novo as "the bestselling Malaysian English fiction book of all time." This hotly-anticipated sequel offers up "the stories that were just too nasty to be included in the bestselling first volume." 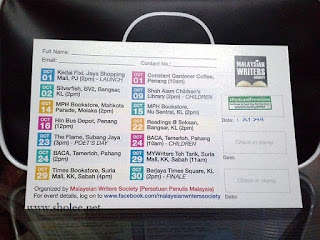 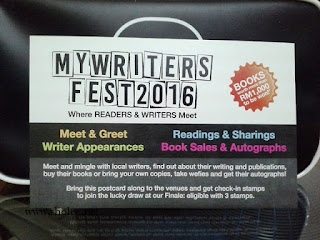 Meet up with your favourite authors, get them to autograph your books, snap a wefie or simply hangout together. Of course, the grand lucky draw is happening as well! Stand a chance to win local books worth more than RM1,000 when you check-in at the venues (minimum 3 for entitlement). The grand lucky draw will take place during the finale.

For more details, you can check out their Facebook page:
https://www.facebook.com/malaysianwriterssociety/events/
Email ThisBlogThis!Share to TwitterShare to FacebookShare to Pinterest
Sections: Books, Events