MPOV: Pele: Birth of a legend 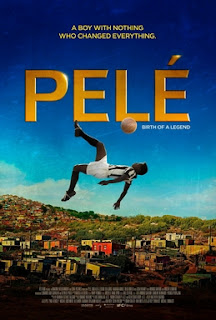 A heart warming tale of how Pele started in football. When he was young, he hated being called Pele by the bullies. He's always playing with his friends barefooted regardless of the environment as they were really poor. His mom worked as a cleaner in a rich man's house and his father a janitor in a hospital.

I didn't know Pele grew up in a poor neighbourhood... that definitely explains his humble self. He is really talented, perhaps more gifted in Gingha style football and brought Brazil to the eyes of the world! Truly a legendary football player in his own right, I'm glad I got to watch how his career started, a very eye opening experience. I'm deeply moved by his insecurity, his self worth and his humble beginnings. A biopic worth watching.