It has been a rough yet fulfilling year with many memorable moments in spite of the unbearable obstacles which had made me a much stronger person. I wished it was easier but life is never easy. If it is then I guess life would be meaningless. Looking back I'm glad I've made more new friends and learnt more new things. All thanks to social media of course. With more knowledge, it's easier to socialize and adapt to the various environment. However, too much social media is also bad for us as it'll make us less productive and lazier. Honestly, people nowadays prefer to use technology than their brains which made them dumber but they seemed aloof of this fact. I still ensure my children read and play sports as I don't want them to end up like robots. I do exercise my brain by reading, writing, crocheting, sewing and cross-stitching whenever I can to prevent Alzheimer's. Found a meaningful quote that sums it up:


“A healthy mind observes and questions itself. This is the path to inner peace and happiness. Don’t believe everything you think.”
― Vironika Tugaleva


With many untoward incidents happened in 2014, it is apt to downplay the new year since 2014 is ending on a sour note. It is sad that there were a few aviation accidents when flying was supposed to be the safest mode of transport. Also Mother Nature has been angry with humans as there were many natural disasters with unpredictable weather. So lets hope 2015 will be a much better and promising year. 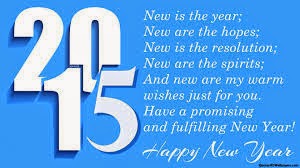 Last but not least, just to share my top 2014 Instagram in a nutshell, thanks to Iconosquare #memoicono
Goodbye 2014! Hello 2015! See you next year peeps!!!
Email ThisBlogThis!Share to TwitterShare to FacebookShare to Pinterest
Sections: Thoughts