While on the way downhill, we saw this breathtaking view! Wayan, our tour guide, said that we are really lucky as on most days you can only see either one and not all 3! These are active volcanoes and usually covered by the cloud. 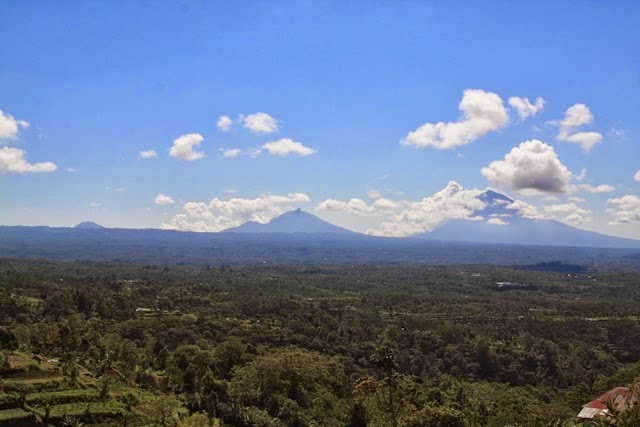 Anyway, Wayan nearly forgotten about our Luwak Coffee Plantation stop. After we've went in, I know then why it's a pointless visit. For 1, we have a lady guide bringing us along the path while explaining the different species of plants they have like coffee (obviously), cocoa, lemongrass, ginger, etc o.O 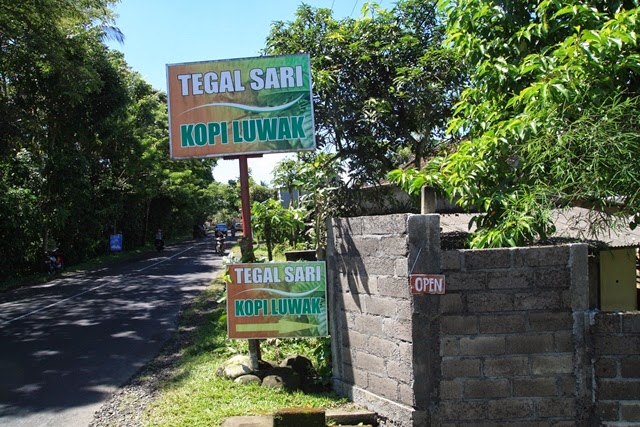 Then I saw the cage, I was totally appalled. Hubby didn't even think of taking a photo until I prompted him to. Well, for him, it's just palm civets which can be seen in Malaysia. For me, I thought they were supposed to be wild, roaming freely and pooing for us to see. Instead, they are actually caged up, sleeping away due to the heat and less friendly environment. 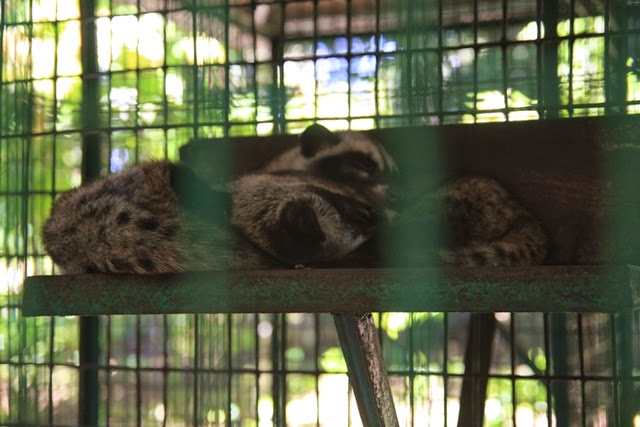 We only got to view a common area and not the whole plantation. I was hoping to see how a Luwak coffee was made, something educational but I was wrong. We've tasted Luwak coffee before which was why we declined. It's actually tasteless, no coffee aroma and quite bland. I don't see why it's supposed to be good for health + cost a bomb! If the civet cats were really roaming freely and staffs busy collecting their poos everywhere then I'll understand why it's expensive. After the coffee/ tea tasting, we were ushered to a retail shop where they hoped we would purchase their varieties of coffees and teas, which we did since we love coffee. Not Luwak btw... just pure Bali coffee (IDR80,000 for a packet of 250gm) which was aromatic and strong... just my cup of coffee.
I later saw this article shared in Facebook, on the accurate nature of how Luwak coffee is made now. It instantly made my stomach churned! Thank goodness we didn't buy any then, now or ever! You can view more here:
http://projectluwaksg.wordpress.com/ 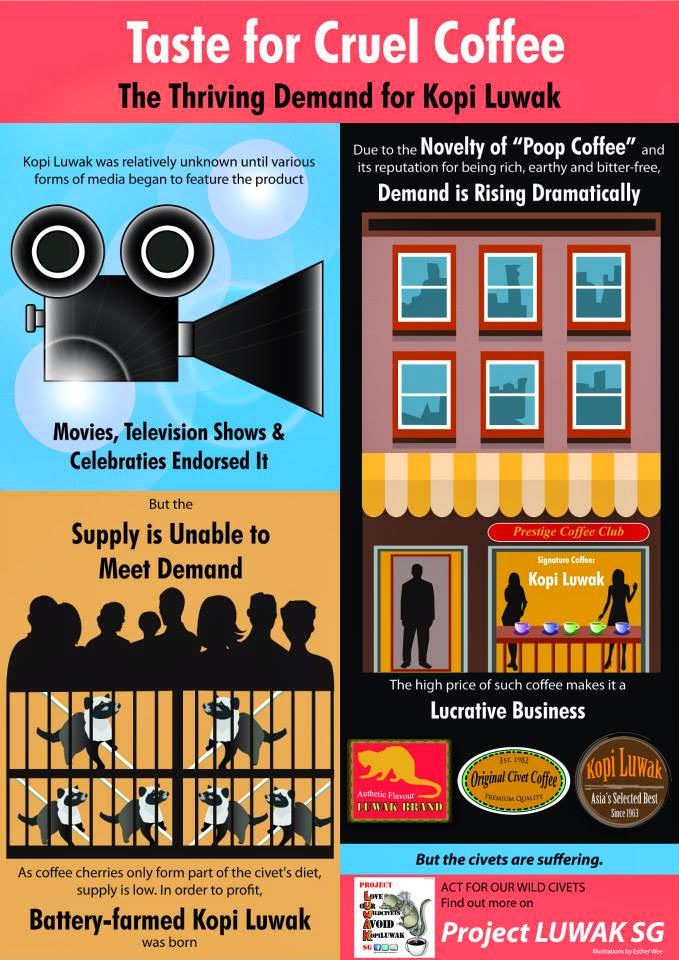 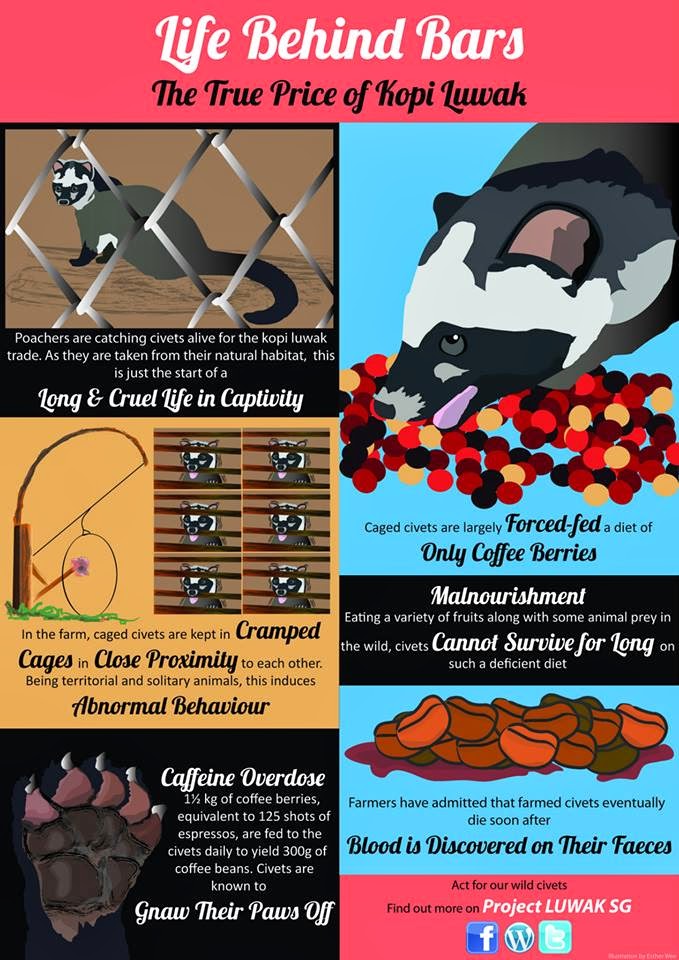 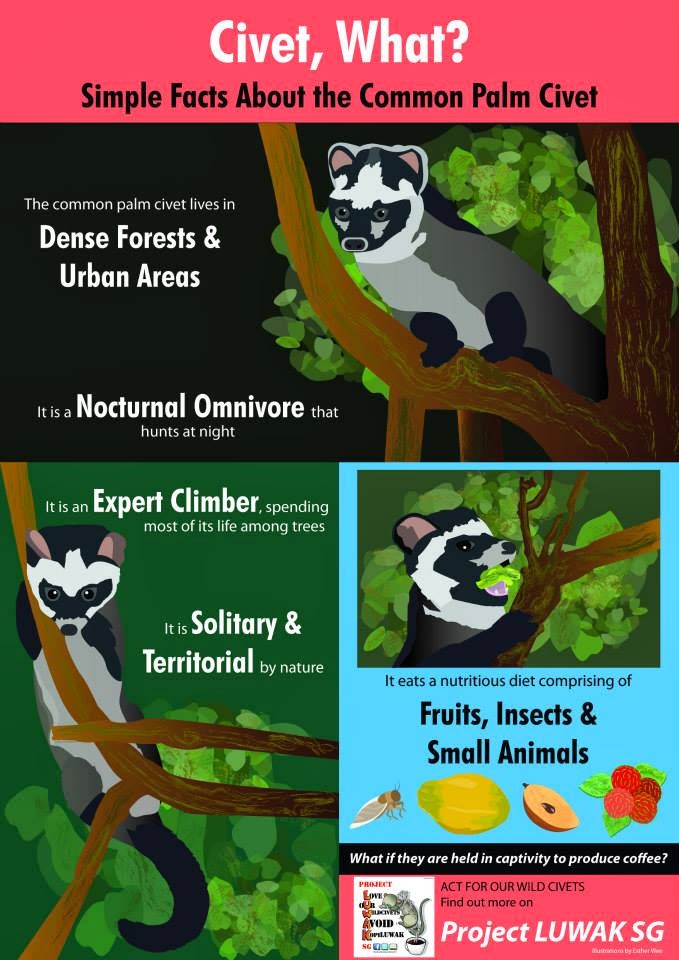 If you are still interested, here's the address of the plantation we went to:
Tegal Sari Agro Wisata
Jl. Raya Denpasar-Badugul, Desa Perean, Baturiti-Tabanan-Bali