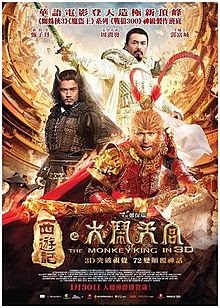 Storyline is good, inline with the legend. Even the selected actors were good especially Donnie Yen who made a fantastic Sun Wukong. However, the CGI made it looked unrealistic, reminding me of the movie Thor instead! Honestly, too fake at some of the scenes that made it uninteresting at times. Luckily the overall movie made-up for what it's lacking.