As mentioned in previous post, this was my birthday treat from Hubby *grinning*

Thankfully, it was kinda empty that night so we got a nice sofa seat. Unfortunately, after a while, I was kinda grossed off as there were some baby roaches roaming around. Trying hard not to spoil the night, I ignored it *ignore mode on*
Overall, food was definitely tasty and yummy, no doubt about that. Portion was big too, couldn't finished my pasta! As the night flourished, the place became crowded. Really liked the ambiance as it was romantic with the low, dimmed lights. Even though a little crowded, it wasn't noisy like market. 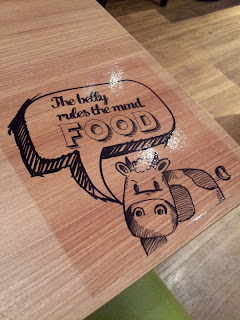 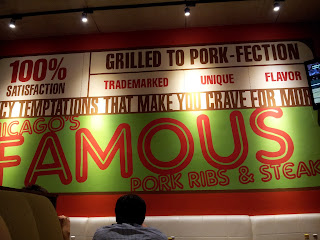 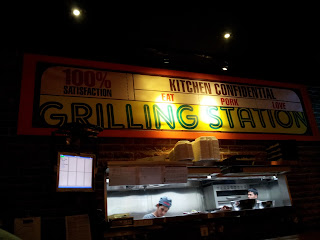 Hubby was asking them if they do offer discount for birthday, instead after we had finished our meals and cleared our dishes, a group of waiters gathered and sang the birthday song, giving me a Birthday Brownie! I was initially shocked, then HAPPY! Grinning from ear to ear!
Our total bill was RM113.20 inclusive of a cup of hot Earl Grey tea (refillable ya) and 10% service charge/ 6% Government tax. A tad expensive but worthwhile for a 'once a blue moon' treat. Service was good too especially the waiters as mostly foreigners but they weren't slacking, totally efficient and speaks English well.