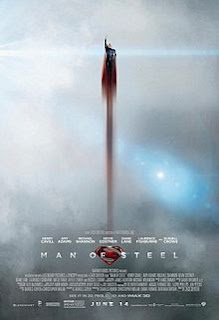 The movie started with the birth of Kal-el, the first natural birth after hundreds of years in Krypton. Krypton was also dying as the natural resources were near depletion. As such, Jor-el decided to save his son by sending him away with the codex, a program to birth babies of Krypton. General Zod and his armies tried to take over Krypton and salvage the codex but to no avail. Jor-el managed to escape and instructed his wife, Lara, to quickly prepare the baby hatch to send Kal-el to a safe planet where he can live and grow up to be someone useful. As Zod was trying to stop the departure, he killed Jor-el but Kal-el managed to be deported away to another planet called Earth. Finally, General Zod and his troops were captured and sentenced but Krypton could not withstand another day and erupted.

30 odd years later, Clark lived his life like a nomad, traveling and working odd jobs but never stayed too long to hide his identity. Slowly but surely, Clark was inching near his roots, slowly discovering his true self while reminiscing his past. His life changed when he met Lois Lane, becoming the man we know of today as Superman. 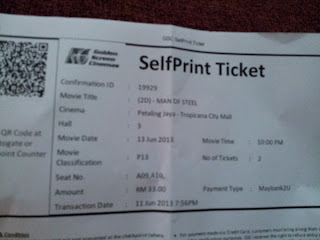 I have always preferred DC Comics version as the lure of the darker, broodier version seemed more enticing and charismatic. A stockier and well-built Henry Cavill was also the major plus point! Totally loved the intensity from the start to the end of the movie. Even the few teary moments were so real and touche, I actually felt Clark's pain and angst! The overall CGI was splendidly done and realistic. However, at some point, I did feel the movie was darn good but it could have been better. Anyway, I felt that Amy Adams looked older and not suitable as Lois Lane. She honestly did looked much older than Henry Cavill.