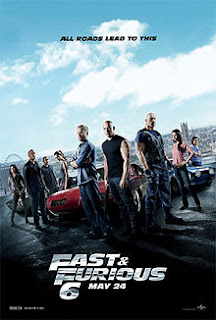 Dom and Brian seem to be sparring along the coast when they finally reached a hospital. Apparently Mia is in labour and Brian is rushing to be with her. Elena greets them and Dom telling Brian that their lives would change once he walks through the delivery room door; they are never going back to their previous lives. However, Hobbs tracks down Dom and requests for his help to bring down a new cartel. At first, Dom is reluctant since he has decided to leave that life behind until Hobbs shows him a reason which he knows Dom will never turn down. After gathering the team from all over the world, Hobbs has to convince the team why they should help him. All hell breaks loose once they work with Hobbs as this cartel is not what they seemed to be. 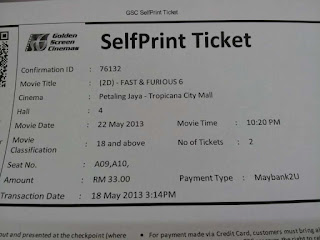 Another surprise from hubby! Totally loved this franchise as crazy me loves crazy cars!!! The storyline started slow and picked up the pace midway. The ending was a bang, expected plots with unexpected twist. Loads of ass kicking stunts with interesting and crazy action scenes!