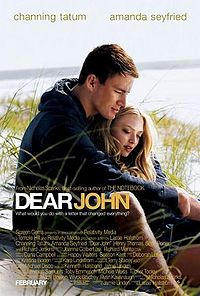 The story is about a romantic couple who strongly fall in love and then are separated during the man's military service. John Tyree, the main character, is the son of a man with Asperger's syndrome. The story is partially set in Wilmington, North Carolina where John's father was a single parent who had difficulty having meaningful conversation with his son and has an obsession with coin collecting. Feeling a lack of direction in his life, John enlisted in the U.S. Armed Forces.


While on leave from a tour in Germany, John meets and strongly falls madly in love with a college student named Savannah Lynn Curtis who is staying at a summer home in Wilmington while she completes volunteers for a project for Habitat for Humanity. Savannah, interested in meeting John's father, takes a liking to him. To help John better connect with his father, Savannah gives John a book on autism. John meets Savannah's family, where it's revealed that John and Savannah had quite different childhoods. Then the United States succumbs to the September 11 attacks and John, who realizes he wants to settle down with Savannah, must decide between returning to North Carolina to be with Savannah or re-enlisting. He decides to re-enlists and is sent first to Kuwait and then Iraq. During his time overseas, Savannah is deeply falling in love with someone else and sends a letter to John to tell him.
John returns home on leave and after his father's death seeks out Savannah, where he is surprised to learn of her life events following her marriage. Although himself drained by battle overseas and the loss of Savannah, he realizes that due to a legacy from his father, he's able to express his love in an unexpected way. As Judy Gigstad writes: "Sparks ends the book on an emotional positive. His message is that, though harsh and complex, love transforms us forever.
The above taken from Wikipedia.
Nicolas Sparks at his best! As usual, we will not get the ending we wanted hence this is no surprise when John did not seek to be with Savannah in the end and in turn helped Tim to stay alive. A lovely read, totally enjoyed it.