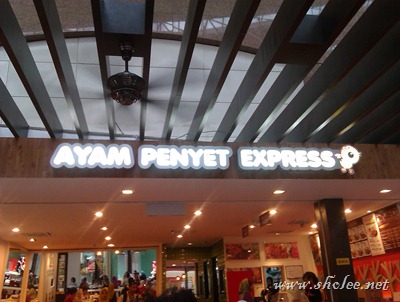 Had lunch at this newly opened restaurant last Friday with my colleagues, thinking it would be as good as the Ayam Penyet I had previously in Summit. Furthermore the place was crowded *fingers crossed*

I ordered Set Keli (Catfish set) which was crispy and fresh with spicy sambal: 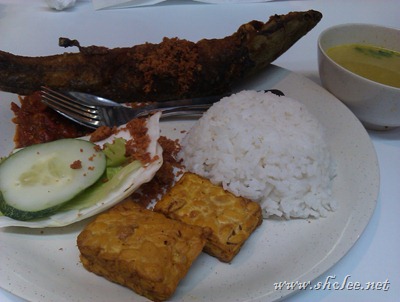 The portion may looked small but it was really fulfilling. I do feel that it was lacking something then I realized the way it was cooked was different. It does taste different, even the fried stuff. My colleague’s chicken set paled in comparison, smaller cut of chicken with a huge chunk of neck instead >.< 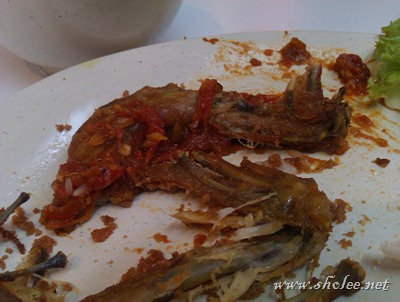 Since when do people start serving necks? Anyway, according to colleague, the chicken meat was kinda coarse, as though it wasn’t penyet at all o.O She was disappointed but luckily the spicy sambal saved her meal!

My bill was RM10.20 including 5% service charge. For an express meal, it was kinda expensive if compared to other fast food set which would have cost less than RM10 including drinks! Thankfully the service was fast and efficient so it compensated the service charge and with a warm and friendly ambience too. I was pleasantly surprised that they even have a condiment table. Couldn’t resists the number stand too, it was cute ^.^ 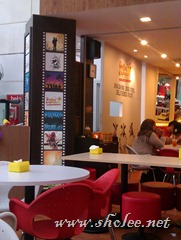 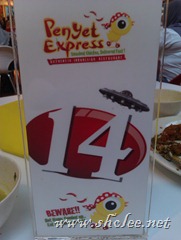