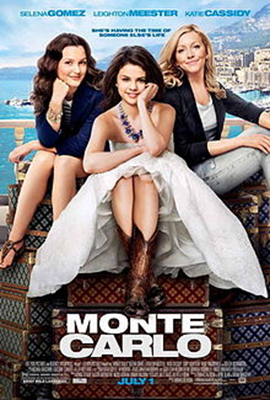 A young teenager named Grace (Selena Gomez), her uptight stepsister, and her best friend use their savings for a long-anticipated dream trip to Paris, which turns out to be a big disappointment. When the tour bus leaves them behind they duck into the lobby of a luxury hotel and one of them is mistaken for a cruel and controversial British heiress Cordelia Winthrop Scott. Before they get the chance to reveal their true identities, they are wrapped up in misadventures during a vacation to Monte Carlo instead.

A chic flick which I didn’t intend to watch but, nevertheless, ended up enjoying the comedic yet sentimental moral of the storyline. It touches the value and thoughts of every young people especially to believe in ourselves and achieving our dreams. Also to live life to the fullest and making it more meaningful. Something motivational… a movie worthwhile to watch and laugh with close friends and family.