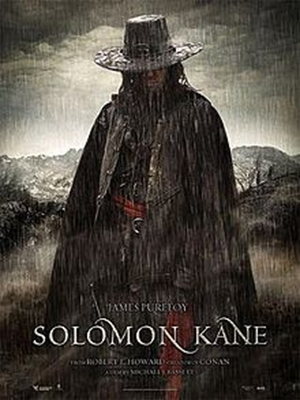 The film opens in North Africa, 1600, with the English mercenary, Solomon Kane, leading the crew of his ship into battle against the Ottoman occupiers of a fortress town. After defeating the Ottoman defenders, Solomon and his men enter the fortress, only to enter a room of enchanted mirrors. Demons trapped within the mirrors attack and kill most of the crew, but Solomon fights his way into the throne room of the fortress. Inside, as he helps himself to the fortress's treasure, a demon dressed in hooded black robes and armed with a flaming sword appears. The demon announces itself as the Devil's Reaper and tells Solomon his evil deeds have irrevocably damned his soul, and he is now destined for Hell. After a brief duel, Solomon cries "I am not yet ready for Hell!" and leaps from the throne room window into the sea. As he falls to safety, the Reaper snarls his soul will be the Devil's.

Following his encounter with The Devil's Reaper, Solomon returns home to England and finds sanctuary in a monastery in the countryside. However, due to the Abbot's dreams, Solomon is soon expelled and sent back to his ancestral estates in Devon, where Solomon has not been since his father disowned him. Along the way, he is ambushed by robbers and, as he has fully embraced a life of peace and will not fight back, he is knocked unconscious. He is found and treated by the Crowthorns, a family of puritans heading west to travel to the New World. He travels with them but the family is itself ambushed by corrupted followers of the sorcerer Malachi and his brutal lieutenant, the Masked Rider. Most of the family is killed, except Meredith, who is kidnapped, and her mother Katherine. When Samual, Meredith's younger brother, is mercilessly slain right before his shocked eyes, an enraged Solomon charges into battle, killing several. The head of the family, William Crowthorn, declares as his last words that Solomon's soul will be redeemed if he rescues Meredith. Solomon, having now re-embraced a life of violence to fight off the attackers, takes a horse, arms himself and sets out in pursuit.

I felt like I’m watching a movie based on the Bible. Honestly. Anyway, it’s a dark, violent type of movie. Lots of action and the storyline was quite interesting although slow at some parts. It picked up towards the ending. The quality was not on par, perhaps due to the settings.