I was surprised when we were stuck in a jam towards Subang Parade this morning. Then we realized there were lots of police and traffic has been diverted away from Empire Shopping Gallery. Upon reaching the office, Hubby Skyped me... sharing a link from The Star. I was totally shocked reading it!


I've updated the photos, taken from my friend's Facebook, as I was impressed with the 'skill'. Anyway, it really made me freaked out at how bad it was! Thank goodness it was in the middle of the night and not during the peak hours! Btw, Hari, I thought you should be on the way to work :-p 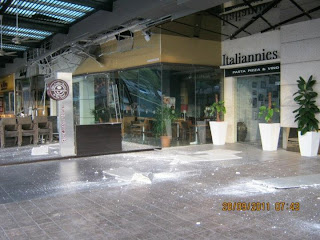 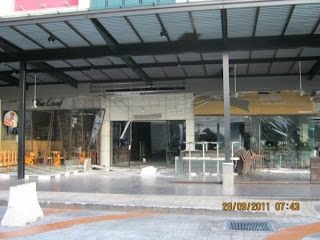 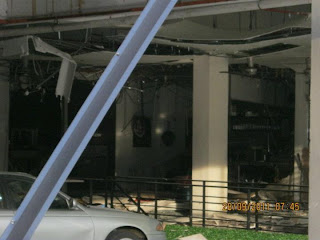 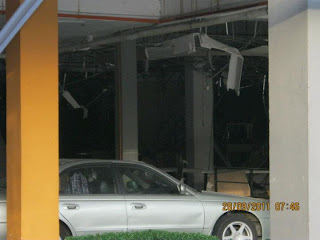 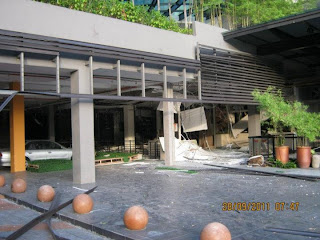 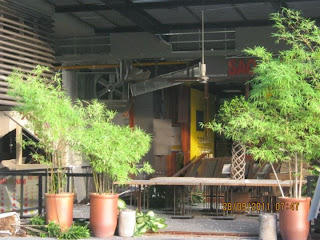 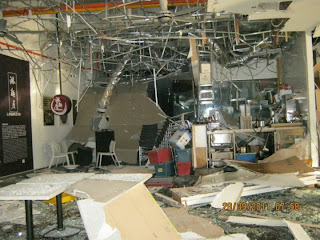 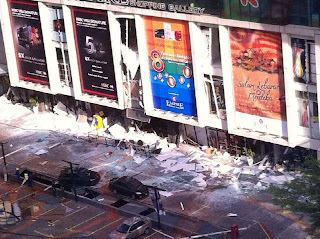 Empire Shopping Gallery had a gas leakage and it had exploded... shattering almost the whole ground floor! It looked like there was a bombing from the news! Anyway, it has been closed indefinitely until certified clear to re-open again. I pity those tenants... I wonder how much losses they will be incurring due to this.

You can read the full news here:
http://thestar.com.my/news/story.asp?file=/2011/9/28/nation/20110928082918&sec=nation
Email ThisBlogThis!Share to TwitterShare to FacebookShare to Pinterest
Sections: Thoughts