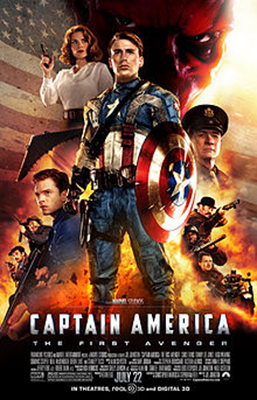 Steve Rogers has been trying so hard to get enlisted into the army. After his 5th rejection, he went to catch a movie. However he got into a fight instead for asking the noisy patron to keep quiet. His best friend, Bucky, came by and stopped the fight. It was Bucky’s last night in town as he has been called to join troop 107 which Steve has been trying so hard to go to. They went to a science fare and met up with a pair of girls. Unfortunately, due to his small and thin built, the other girl wasn’t interested in him. While watching Howard Stark doing a demo, Steve saw an army enlisting banner. He tried again, hoping for a miracle. Dr. Erskine heard Steve and Bucky’s conversation before Bucky left with the girls to go dancing. After meeting Dr. Erskine, Steve was enlisted and his dream is finally coming true. However he doesn’t know what is in store for him which will change his life forever!

First of all, I didn’t know Captain America was the first Avenger… or being an Avenger at all o.O Well, can’t blame a lady for not knowing much about comics right pffft! Anyway, it is a very interesting take on a comic superhero who doesn’t have outrageous super power. It is realistic albeit having super strength since Steve was injected with super serums. Chris Evans is definitely the right choice to play Captain America. He somehow had that persona and with a hot body like that, any girls would swoon at his feet *grinning* I was surprised that he actually played both before and after Steve Rogers! They actually visually reduced him! 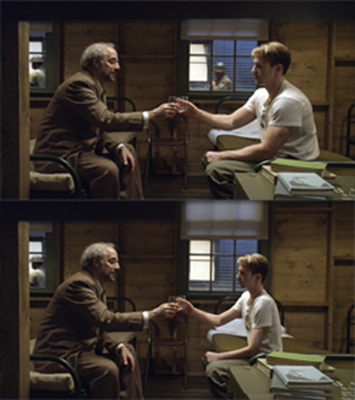 Can see the difference? Chris Evans as pre-serum Steve Rogers before (top) and after (bottom) he was visually reduced.

I loved the 1940’s era, everything looked fresh, innocent yet chic with elegance. Also loved the clothes Hayley Atwell was wearing as Peggy Carter, Steve’s love interest *wink* Anyway, overall, an entertaining action drama, I actually felt as though I was watching a biography but in a movie form ^.^

Note: all pix taken from Wikipedia