We were at e@Curve when we saw this Floor Combat 2011 competition at the concourse. It was quite interesting watching all the contestants flooring it out, trying to show off their skills. Some successful, some didn’t but no harm done as the competition hasn’t started yet. Before they began, the judges showed their skills which were unique and creatively done. I’ve posted some photos below of the judge’s moves instead of the contestants. Honestly, after half way through the competition, I was bored as the contestant’s moves were kinda similar *yawn* Guess I was expecting more of Step Up’s cool moves *wink* Too much movies do spike up the expectation. 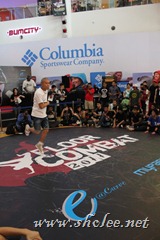 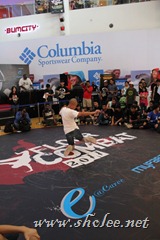 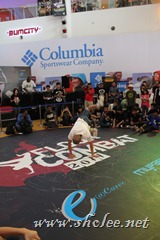 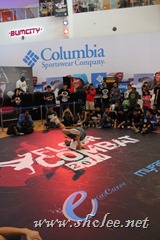 Judge B-Boy Kaku from Japan, I was totally floored by his cool, swift and unique moves!: 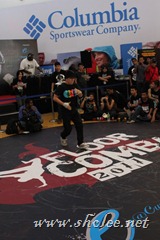 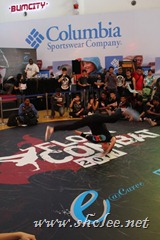 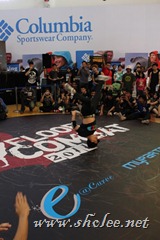 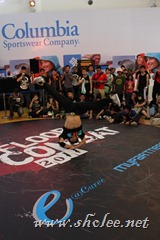 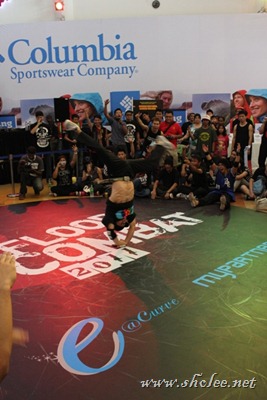 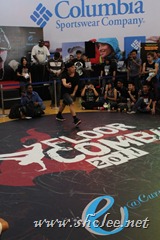 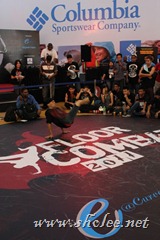 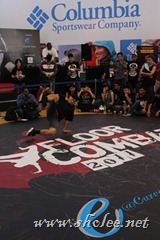 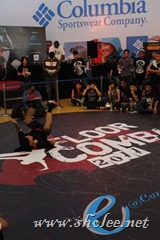 We left during their break as we were famished and tired! Yes, tired of standing there for the past 3 hours or so! It was also warm due to the location! Totally regretted wearing a long sleeve Hard Rock Cafe blouse pffft!

See how tired I looked: 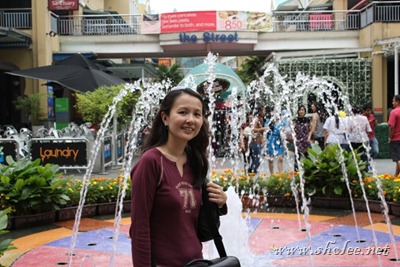 After lunch, more energetic, taking a photo with a Double Tree Hotel’s mascot LOL! They were promoting the hotel’s first year anniversary. 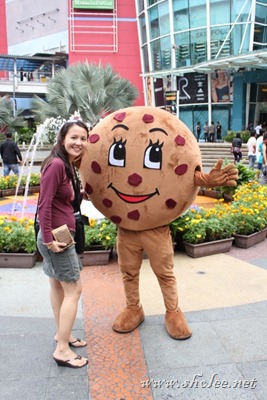 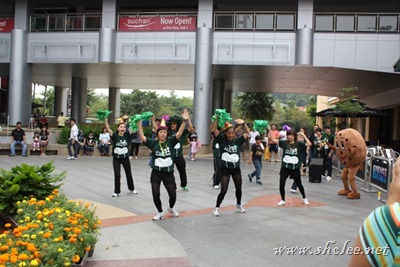 Saw Bumblebee in Aussino! A uniquely interesting Saturday, I might say ^.^ 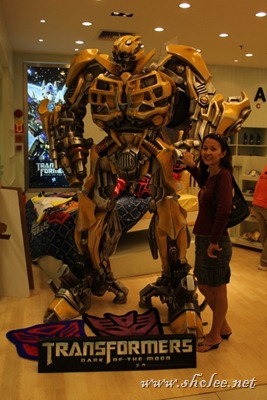