This is a low key cartoon and now I understand why. 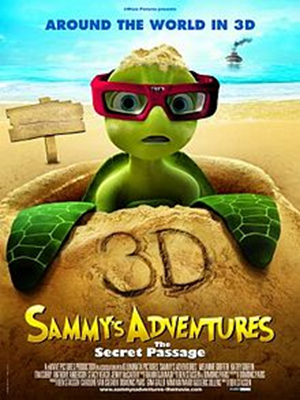 Upon hatching, all the hatchlings made their way to the sea. Sammy, however, had a mishap and was left behind. During his mishap, he met Shelly but later parted when he was left behind. He was forced to venture alone in the middle of the ocean, drifting on his old raft until he met Ray. This is the beginning of a good friendship and a great adventure.

Honestly, this is a good educational movie about the ocean and the sea creatures. Even the way it was presented, with the narrator, really sounded like an educational movie to teach the kids of the importance of mother nature. Just like National Geographic but in cartoon format with a nice storyline and interesting characters to entertain the kids ^.^