Thanks to Churp Churp, I got 4 tickets to watch a special screening of Rapunzel in 3D last night! I know I know… it’s supposed to be 2 tickets only but as they had extras, they were kind enough to give me another 2 since Hubby and Tyger were there with us ^.^ 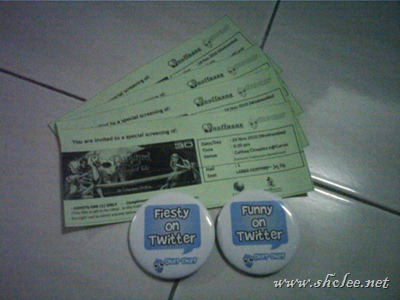 However, our joy was short-lived as we were not allowed to bring in any electronic devices. Hubby had his dSLR and Tyger had his PSP, including our mobile phones… in the end, Hubby decided not to join us as we can’t be leaving such stuffs in the car or in the hands of the cinema staff. We reluctantly handed over all our devices to him and proceeded to watch the movie without him. So sad… moving forward, I do wish to be informed of such rules in advance, to avoid such mishap from happening again… wasted 1 ticket due to this… including our quality time 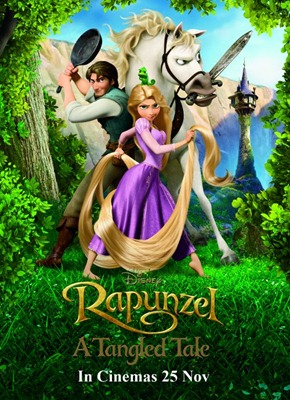 The King and Queen were expecting a baby but Queen was suddenly ill. The people began looking for a magical tree to cure the Queen. However the tree was hidden and being misused by an evil old lady named Gothel to stay young. One day, the tree was accidentally exposed and taken to cure the Queen. Queen healed after taking the magic tree potion and delivered a healthy baby girl. However their joy was short lived as Gothel discovered that the baby’s hair possessed the magical power and abducted her. As years passed, Gothel raised Rapunzel as her own and confined her to a tall tower, making sure she doesn’t leave the tower by frightening her with scary stories. However, fate has a different plan for them. 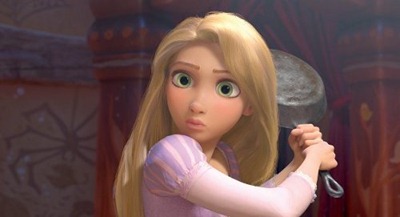 Rapunzel: A Tangled Tale is a remake of the old cartoon by Brothers Grimm but with a twist. The original storyline is still intact but injected with some modern butt kicking twist and cutesy characters! Boy, this Rapunzel is feisty! She fights with a frying pan! 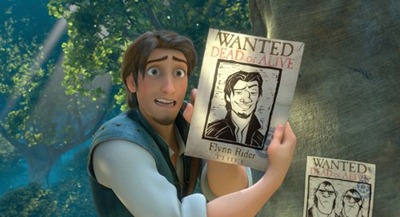 Flynn Rider is the handsome thief who inadvertently saves Rapunzel and becomes the hero who fell in love with her! 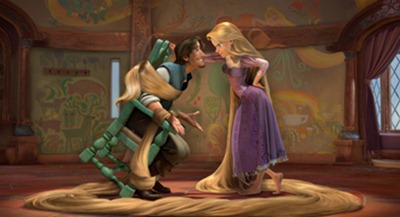 Rapunzel making a deal with Flynn. Gosh! Her long blond hair is so useful and strong in this movie! 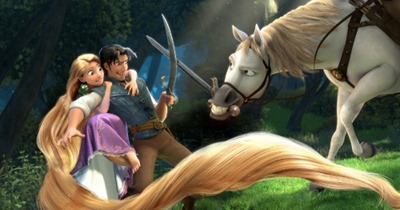 I just love this horse, Maximus! He’s so adorable albeit being an arrogant one! 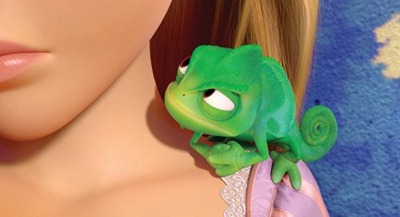 It was a long day for us yesterday as we had a day trip to Malacca, followed by this special screening at night. I will share the day trip on the next post, ya! Anyway, we were darn tired but thankfully, the movie was funny and entertaining with a tinge of emo

We totally enjoyed the movie and laughed our guts out!

Priceless moment 1: When we first entered the hall… we didn’t realized it’s in 3D… Tyger blurted out ‘Mommy! You see the glasses? It’s in 3D! Yippee! My first time watching a 3D movie!’ So many emotions rushed through me at that moment… happy sigh!

Priceless moment 2: Half way through the movie, there were lanterns floating around. Suddenly I saw both Tyger and Princess tried to grab those lanterns simultaneously! It was such an adorable moment for me *grinning from ear to ear*