Last but not least, continued from yesterday’s post, the last stop of our outing… Summit USJ.

The only reason why we frequent Summit is because of Popular & MPH Bookstores and it’s parking convenience. However, now that has changed our mindset after what has happened last Saturday night. I’ll start off with our sad mishap as I didn’t wanna end this post on a sad note.

The vending machine to pay parking in Summit has been of inconvenience lately. There were 4 machines initially but 2 has been spoilt for ages and no one repairs it (1 has been permanently removed since). So leaving 2 which are working, both at different ends of the mall. The one near Giant always has a long queue especially during closing time. At times, the tickets were unreadable, rendering shoppers to pay manually at the one and only exit counter on the way out. This will cause endless jams in the car park due to the location of the counter. After paying RM2 for our ticket at the machine, we were stuck at the usual jam in the car park. Hubby finally managed to maneuver out to the exit towards the main road in front of Summit after about 15 mins. However, our joy was short-lived. Our paid ticket was rejected by the machine, stating that we have not paid =.= The Corporate Parking staff was there and insisted that we did not pay hence we can’t exit! We were flabbergasted! Angry and annoyed, we argued with him! WTF! We do not wish to donate another RM2 for their stupid machine’s error!!! Our biggest mistake was not printing the receipt as we believed in saving trees. He finally relented and manually let us out! Come on! It’s your fcuking machine’s fault and you want to blame it on your customers??? We left on a sour note! Terrible lah! Pfft!

Anyway, Summit is promoting Crayon Shin Chan and we get to redeem different goodies daily. At first, my angels were happy about it then realized there’s no live appearance that night but we did redeemed a bag and a notebook ^.^ 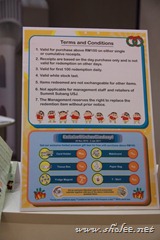 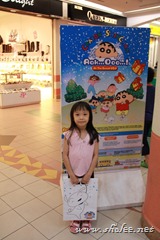 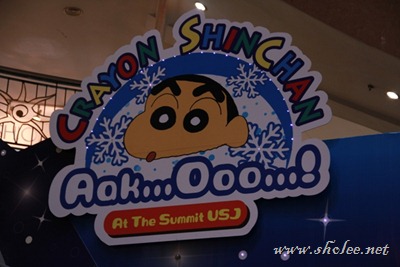 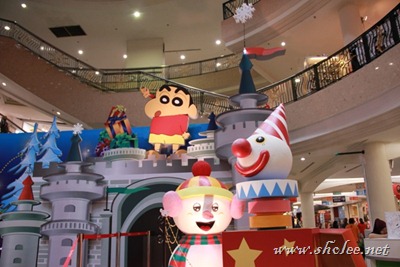 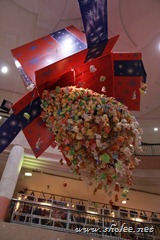 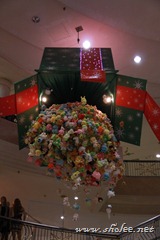 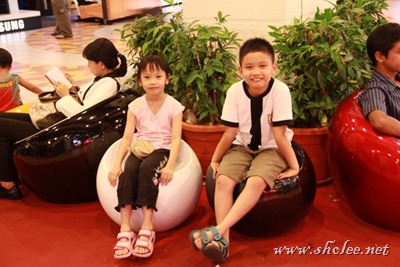 We did another charitable cause at MPH. This is something we have done yearly without fail. MPH calls it Share-a-gift, they will set up a Christmas tree with names of orphan’s hanging around the tree. We will then select the name we want to buy a gift for. MPH will wrap the gift before placing it at the foot of the tree. We usually buy stationary sets or books for them as it’s useful *grinning* 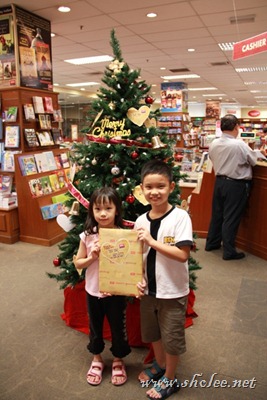 Tyger and Princess’s gift for Vanessa from Charris Home.

We had dinner at Little Taiwan which had just opened recently and it’s quite crowded, probably because it’s still new and they have a local celebrity as their spokesperson. I was also surprised it has been ‘Halal’ certified. 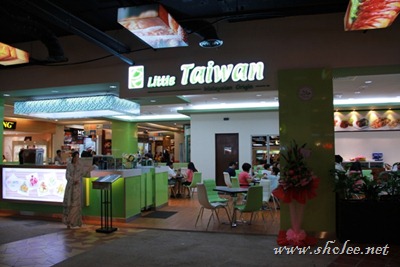 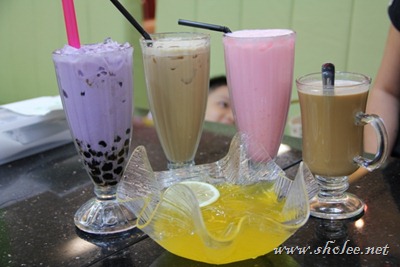 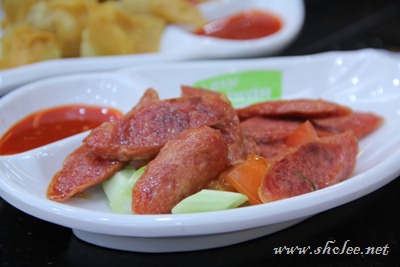 Tyger’s Taiwan chicken sausage, luckily not spicy but very tasty. Tyger enjoyed it a lot as it suited his taste bud. 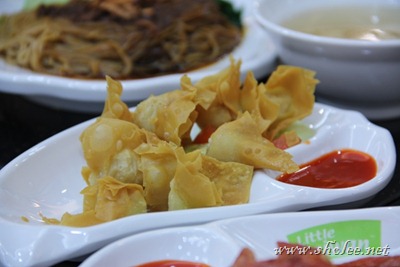 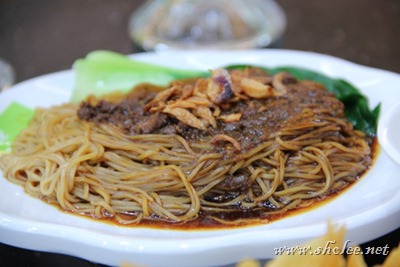 Princess’ wanton dry noodle was on the sweet side. 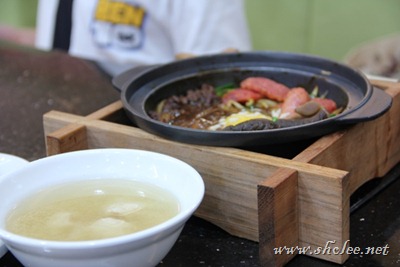 My Little Taiwan claypot laoshufun… I actually liked it. Tasted just right with a tinge of sweetness. Aiyah, the wanton soup was for my Princess’ noodle ^.^ 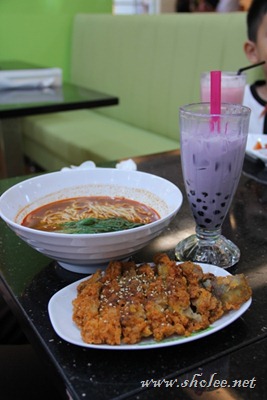 MIL’s spicy chicken chop noodle – very spicy but tasted like those off the shelf curry instant noodle instead! Chicken chop was crunchy and nice though albeit a little spicy. 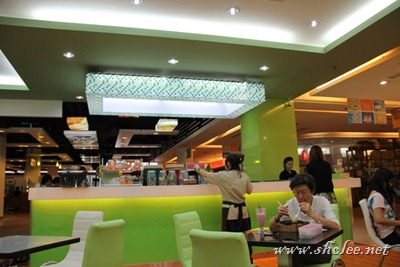 Overall, it felt and tasted similar to other ‘char chan theng’ or Chinese coffee house, nothing unique but a comfortable ambience. A good place to yam cha or lepak. Our total bill was RM82.40 including 10% service tax, which was a little pricey. 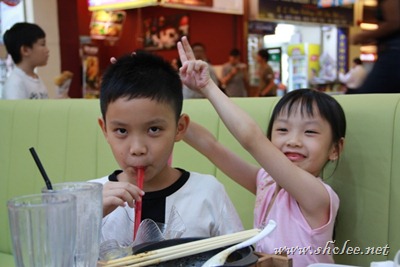 I’m ending this post with a photo of Princess clowning around with Tyger.. what a day! Phew!