Quality time with my angels last weekend was tiring. Princess was falling sick with throaty phlegm. She’s been very manja and moody. She was so active while sleeping… grinding teeth and kick-boxing non-stop! Tyger was smart… he slept with MIL in another room so he avoided the unnecessary body abuse ;-) It was so heart-wrenching to watch her sleeping noisily but nothing I did can stop it for good :-( Luckily, she slept soundly by 5am onwards. Me not so lucky… sleepless night… sigh! Tyger had also just recovered from viral fever and he has lost some weight… his face looked thinner but his tummy still maintained! *slaps forehead* 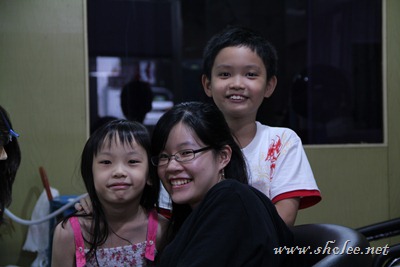 Princess and Tyger with their cousin Melissa

Anyway, I haven’t coloured my hair in ages due to many failed attempts previously. I have tried both off the shelf and salon hair colouring but nothing… I mean the results were the same… my hair colour remained the same… dark brown black. According to previous hair stylists, my hair is stubborn, just wouldn’t absorbed the colours. Hence I haven’t tried any after that. I was complaining to SIL about it… she owns a hair salon and we usually visited her monthly for hair maintenance :-) After my angels had their monthly hair trim, SIL kesian me and offered to colour my hair. She was adamant that the colour will stick, probably the previous stylists didn’t do it right o.O 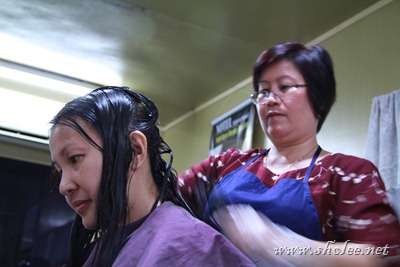 SIL concentrating on my hair :-) 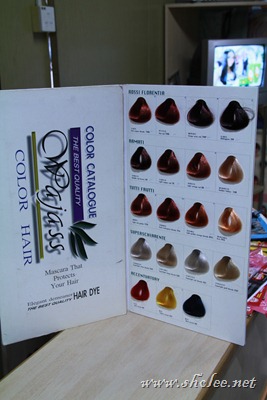 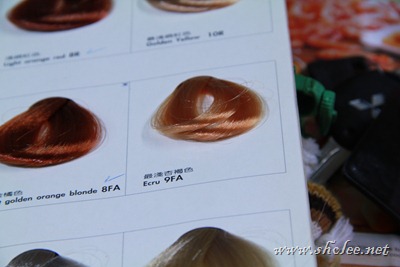 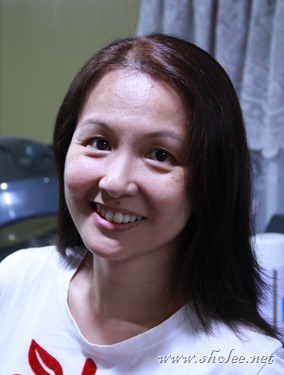 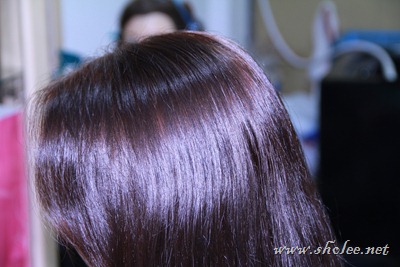 True to her words… my hair… my crowning glory… has been coloured successfully for the first time! I’m so happy… so glad that it has finally worked! 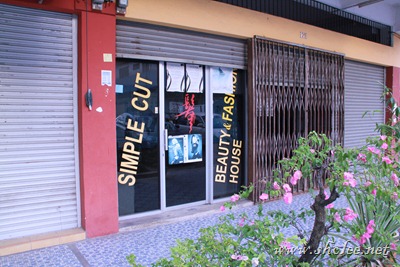 Thanks to SIL… her persistence paid off! My hair has a new makeover! Now I’m looking forward to try another colour in the near future!

Email ThisBlogThis!Share to TwitterShare to FacebookShare to Pinterest
Sections: Family

hi, hows ur day? I just found out that your niece Melissa is actually my friend when we were in uni. Hope she's doing fine. =)