Gosh! We didn’t know finding food in Mid Valley can be so difficult! Hubby and me were there last night, walking endlessly, thinking what to eat for dinner :p There were so many choices to choose from! Finally, we saw this small but packed Korean restaurant so thought of giving it a try. 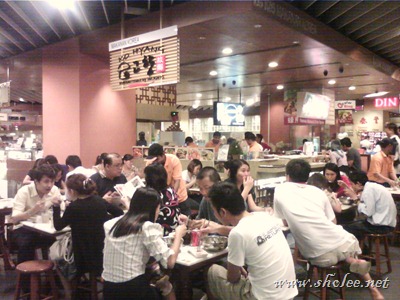 Ko Hyang has many varieties of Korean country delights and reasonably priced too :-) 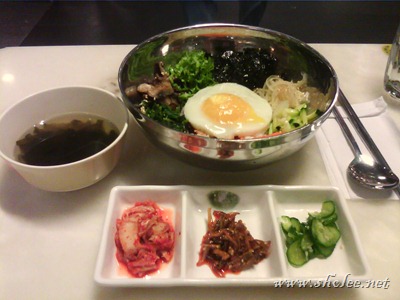 Hubby ordered Bi Bim Bab which is quite similar to a Hakka dish, Lui Cha. 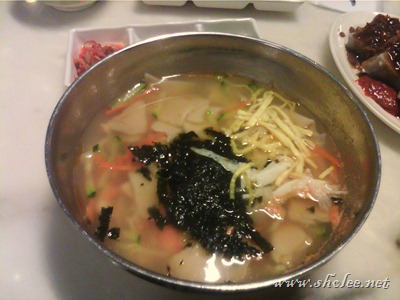 My dish, Su Je Bi, which is similar to Pan Mee with seafood soup :-)

We noticed quite a number of people ordering from the restaurant next door, Oyster King. Hubby just couldn’t resist it, went over and ordered some more food! All thanks to the ‘Famous Malacca Fried Oyster’ banner! o.O 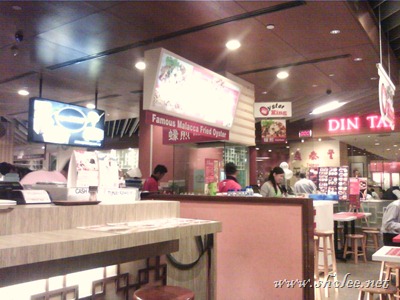 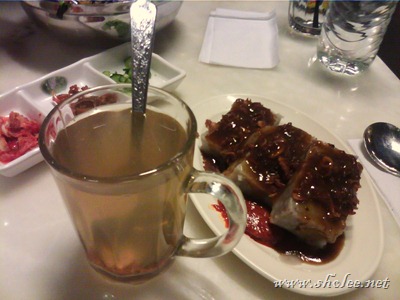 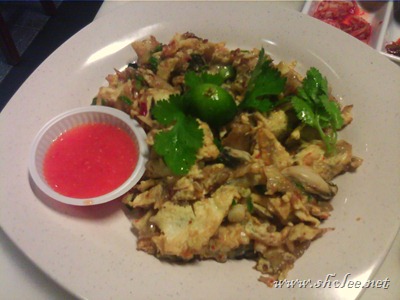 Overall, the food was yummylicious! The taste and food texture were just right, not too oily, except for the yam cake. I find the texture a little too soft, probably grinded too fine, if you get what I mean ;-) The barley looked weird, I mean the colouring, but it was really nice, doesn’t taste like barley at all! It was worth trying, both restaurants, no wonder it was crowded! Service from both restaurants were good too, very efficient even though it was packed.

Price wise, like I said earlier, reasonable. Ko Hyang’s bill came up to RM36.23 including a bottle of mineral water and 5% service charge. Oyster King’s was RM8.95 inclusive of 5% service tax.

After dinner, we adjourned to the cinema. Thanks to Nuffnang, we got to watch Salt 2 days before it has been released in Malaysia!!! 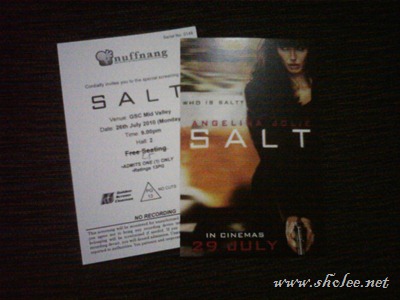 Evelyn Salt is a Russian working with the CIA. She is happily married to Mike, an Arachnologist. One day, her world turns upside down when a Russian defector turns up at CIA and accuses her of being a KGB sleeper agent! Her mission is to kill the Russian President! Evelyn denies it vehemently, shaken and keeps calling for her husband, to ensure he is safe. However, when she couldn’t get him, she decides to escape and somehow becomes a fugitive. Well, I can’t say more or it’ll be a spoiler :p 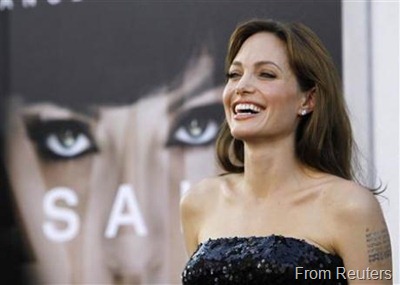 I find that Salt is a mixture of James Bond and The Fugitive but with a female lead instead ;-) Angelina Jolie is the perfect actress for this role. Her portrayal of Evelyn Salt is superb! I noticed she did most of the stunts herself except for the dangerous ones! I know, I know, she is one of my favourites so I tend to be biased a bit :p Anyway, the movie was engaging, good fighting scenes and exciting plot albeit some predictable ones.

Oh. You were at Salt screening too lol. Always wanted to try this Korean restaurant.

Didn't see you too :p
Yea should try this restaurant... not bad actually :-)