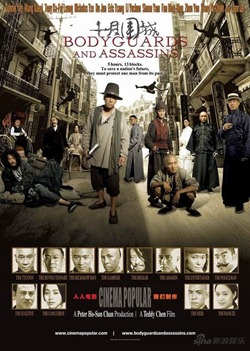 This movie circles around a time when Dr Sun Yat-sen wanted to visit Hong Kong and all his loyal followers were busy planning for his protection and safety. They were also hoping to foil an assassination attempt on Dr Sun’s life during his visit in Hong Kong.

In summary, the followers were ready and available to die for Dr Sun while he ran and hid himself. This is the assumption I get from the movie. I may be wrong or blinded or sidelined by the movie. I have never studied China’s history. I have always thought Dr Sun as a heroic Father of Modern China. I thought he would have passed on his teachings and believes to his followers, ensuring them to follow through in case he got assassinated while fighting for their cause. Just like Benazir Bhutto, Indira Gandhi, Malcolm X and John F. Kennedy. I never knew he hid himself, trying to survive, trying to ensure all is well first handed. His followers maybe the ones who wanted him to survive… I won’t know for sure. Maybe it’s the young ones who died for him that made me cringe. I’m not imposing that this is right or wrong. This is just my POV after watching this movie.