How To Train Your Dragon

How To Train Your Dragon was a good movie choice to watch; watched it last Wednesday night with hubby ;-) It was a low key movie as I don’t really see much promotion for it. I, myself, heard it from my friends and I have heard a lot of rave reviews from them so my hopes were pretty high for this. 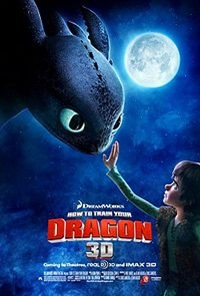 Hiccup is a young Viking teenager who aspires to follow his tribe’s tradition of becoming a dragon slayer. He is a weakling in the tribe as he is small built and skinny. He harbours the ambition to finally kills a dragon and be a hero, just like his father who happens to be the Chief of Berk. He got his chance one day by accidentally striking down an evasive dragon called the Night Fury. No one in Berk believed him. So the next day, he went into the jungle, looking for that dragon. His misadventure begins when he found this dragon and in turn also found his true self :-)

This movie has the voices of America Ferrera, Gerard Butler (oh yes!) and David Tennant, to name a few. Like I mentioned earlier, there wasn’t much promotion for this movie. I guess they were confident this movie can sell on it’s own and they were right. This movie is selling itself through word of mouth :p Oh yea… it was also adapted from a book of the same title. Really worth watching with good computer-animation, a fantasy film unlike others.