Hubby and I received an invite to watch the Acrobatic Lion Dance at Bangsar Village II on 21st Feb 10 via Facebook (effective tool). Since we had nothing to do, we went over to check it out. It’s the first lion dance I witnessed so far for the year of the Tiger ;-) They were really cool and very aggressive with so many creative moves. I really enjoyed it till the end. A cool start to the Hokkien New Year. 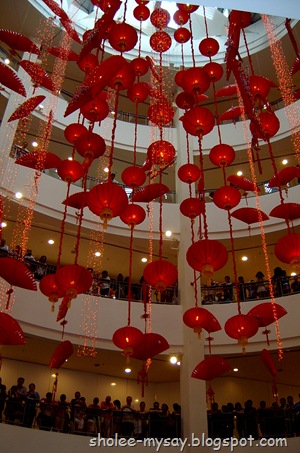 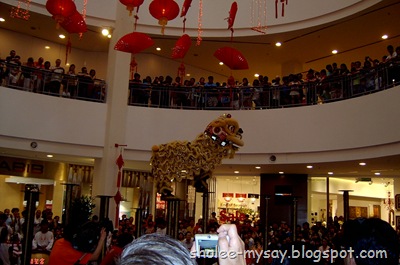 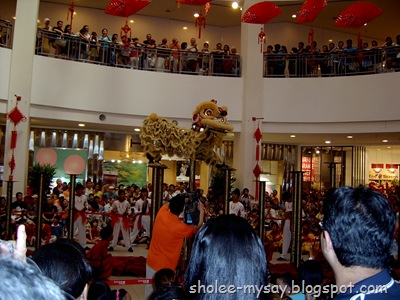 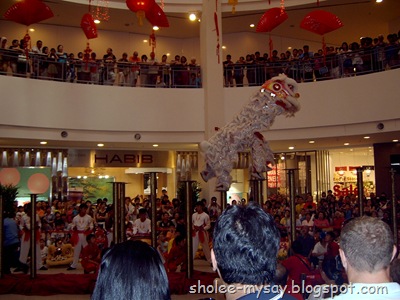 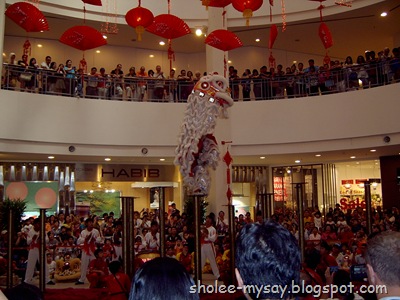 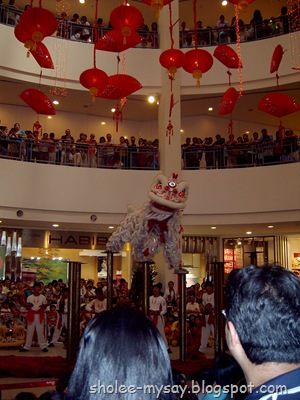 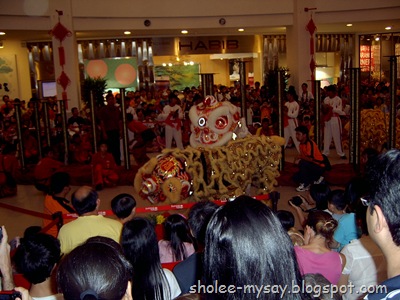 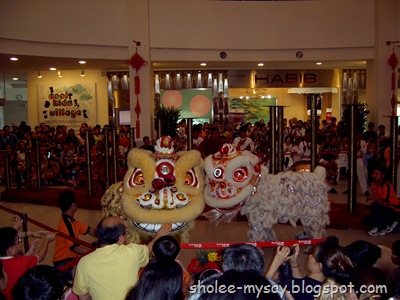 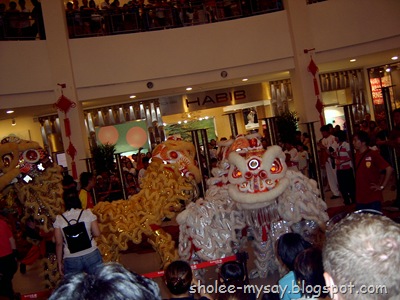 Too bad we didn’t bring our camcorder or we could have recorded it ;-) The moves were really enthralling and spellbinding. 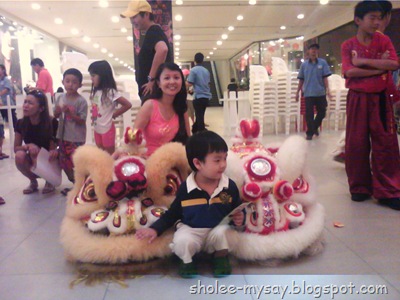 Our camera battery died on us half way through so had to use hubby’s camera phone to snap this. There’s a saying that we should touch the lion’s head for luck which I was doing while taking this shot *grin*. I even had an uninvited cute guest in this photo ;-)

Earlier on, we had a simple lunch before going out; just cooked an extra dish to complement what we tapau from MIL ;-) 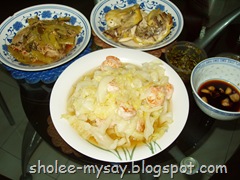 Cabbage with prawns
This dish is common among Chinese at home. Just brown garlic until fragrant in some oil, add prawns, cooked until almost done then add cabbage. Concoct some oyster sauce in a little water and douse it in. Add salt and pepper to taste. As cabbage takes time to cook, cover with lid to allow the heat to cook the cabbage. It’s so easy ;-)

Later that night, we went over to mom’s house to ‘Pai Tin Kong’. It symbolizes the start of the New Year for the Hokkien community whereas for some, it’s to appease the Gods. You will see and hear fire-crackers everywhere the whole night! A sight to behold on! It’s a grand celebration for Hokkiens especially those in Penang and Klang. It usually starts around 11pm to the wee hours of the morning. Ours was a simple one, to appease the Gods. 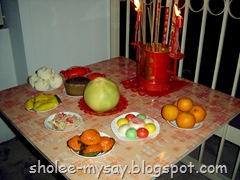 Your blog is definitely turning red. Ushering the new luck of the new year? :)

LOL! I can't help it... it's CNY month! Need to boost the atmosphere here or it'll be dull :p