I have just read this article in Astroview February 2010 issue. I just can’t resists blogging this for the fun of it ;-) Anyway, it is educational for all diamond lovers 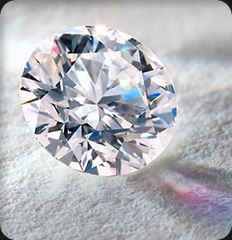 Treasured for centuries as symbols of wealth and power, diamonds are the most valuable of gemstones. The job of deriving them are time-consuming and difficult – the reason why they are so costly, in case you’ve ever wondered.

Some skin care products contain diamond dust as exfoliant. Largest numbers of diamonds are not used in jewellery or health care but in industries. This is because 80% of mined diamonds are only suitable for industrial purposes. They are used in cutting and grinding and are resistant to heat.

The 4Cs are important when buying a diamond. Cut refers to geometric proportions, symmetry, polish and finish of the stone; Clarity refers to surface blemishes; Carat is the weight of a diamond; Colour describes the amount of hue the diamond contains.

Diamonds to the rescue:

Email ThisBlogThis!Share to TwitterShare to FacebookShare to Pinterest
Sections: Excerpts