[MPOV] The Magnolia that Bloomed Unseen 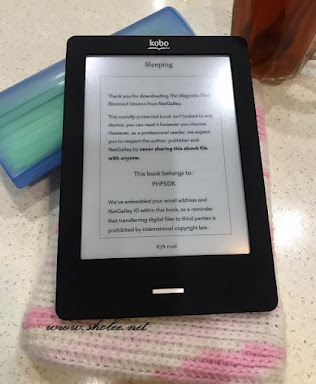 My rating: 4/5
Goodreads rating: 4.5/5
Publisher: Kindle
Published: November 7, 2019
Author: Ray Smith
Genre: Romance, historical fiction
"You've seen the woman in the photo. The woman screaming ..."
So begins the story of Molly Valle, who at forty-eight thinks she knows all that life has to offer a single, middle-aged woman - namely, men’s dismissal and disrespect. But when handsome activist John Pressman arrives in her Mississippi hometown, he challenges her self-doubt along with nearly everything else in her world. Soon, Molly discovers a strength and beauty she never knew she had—and a love so powerful, it can overcome the most tragic of consequences.
The Magnolia That Bloomed Unseen is a love story, an adventure novel, and a self-realization journey. It reignites the truth that many women—and men—have unconsciously extinguished: you are special and worthy of love, and it’s never too late to make your dreams come true.
Thank you to Ray Smith and Netgalley for this e-book in return for my honest review.
This romance novel is about Molly and John, told from Molly's point of view from the moment they met until that tragic day. RC is a writer/journalist whom Molly has met when he was still schooling. In her advance years, Molly has appointed RC to write her story, her biography.
It has been a short romantic journey from the day Molly and John met, albeit a tumultuous one during the apartheid movement filled with racism obstacles. The Magnolia that Bloomed Unseen is unlike any other romance novels so do not expect a happy ever after ending.
It's written in alternate point of views between Molly, John and RC though mostly from Molly. It did digress a lot about insecurities, self-worth and appreciation to life with how their relationship brought out the best of each other. As it was set in Martin Luther King's era, racism and the treatment of coloured people then were the centre of the plot.
Though it was well written with a clear, distinct prose, well described and mesmerizing, at some point some parts were kinda slow and it did droned on a little too much that it felt repetitive for me. Fortunately, the story itself did intrigued me and I wanted to know the ending which turned out to be unexpected for me.
Overall, this novel is like any other romance novels written by a male author. I just had not expected the depth and the message it carried. It has hit a spot for me as a middle-aged woman after reading this novel and made me realized my many hidden dreams. I guess it is time to rethink my future again.
Some notable quotes: 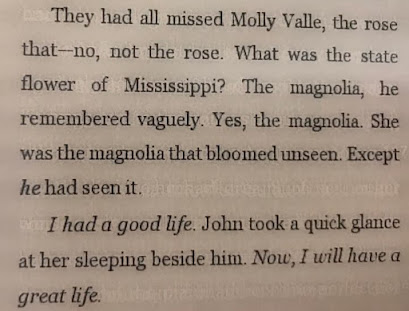