MPOV: Revenge of the Elders of Zion 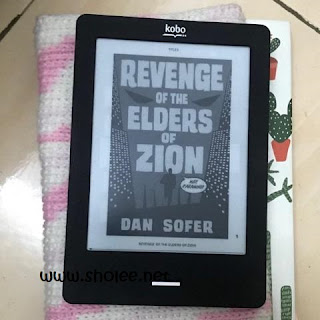 I've received this e-ARC in return for my honest review.

This novel is about David who lost his film company to a family friend, Preston, who has actually tricked and stolen it as he hated Jews. David, at the spur of a moment of revenge, then formed a secret society named The Trio with his best buddies, Mitchell and Jordan. He was hoping to join in the big Jew league, Elders of Zion, but it didn't exist. Instead, he and his buddies were caught in a Muslim Elders of Zion which led to a heist that includes the police but got tangled with another secret society, a Christian one called the Knights Templar. Suddenly The Trio becomes famous and both societies want them to do their respective dirty bidding. As it becomes more complicated with more casualties, The Trio got more than what they had bargained for with the police hot on their heels!

It started off a little slow with David licking his wound and planning a revenge. Slowly but surely though, The Trio's journey became more dangerous with more casualties involved. It has made the story more enjoyable with the various paths crossed and some tangled romance with a few tease of funny flair. Although some plots were predictable, it was still enjoyable and had me flipping fast to know the ending.

The thrill of the adventure leading from one secret society to the other was definitely engaging. I've enjoyed how The Trio wriggled their way from the Muslims to the Christians to the Tsarlandia and even the police! And it is all for the Faberge Eggs collection and the Holy Prepuce! The adventure may seemed far-fetched or over exaggerated but that's what makes this novel tick! With the author's writing flair and good plotting, this novel honestly was enthralling!

The goofiness of the characters and the overall comedic scenes had me thinking of Seth Rogen as David and Amy Adams as Amy / Mary! If you have enjoyed stories like The Princess Bride, Good Omens and Catch-22, you might just like this one! 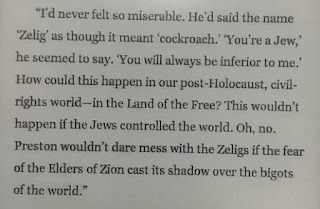