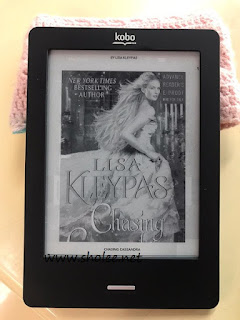 Everything has a price...

Railway magnate Tom Severin is wealthy and powerful enough to satisfy any desire as soon as it arises. Anything—or anyone—is his for the asking. It should be simple to find the perfect wife—and from his first glimpse of Lady Cassandra Ravenel, he’s determined to have her. But the beautiful and quick-witted Cassandra is equally determined to marry for love—the one thing he can’t give.

Severin is the most compelling and attractive man Cassandra has ever met, even if his heart is frozen. But she has no interest in living in the fast-paced world of a ruthless man who always plays to win.

When a newfound enemy nearly destroys Cassandra’s reputation, Severin seizes the opportunity he’s been waiting for. As always, he gets what he wants—or does he? There’s one lesson Tom Severin has yet to learn from his new bride:

The chase for Cassandra’s hand may be over. But the chase for her heart has only just begun...

The above taken from Goodreads.
I've received this e-ARC from Edelweiss in return for my honest review.

OMG! My first Lisa Kleypas and it has blown me away! Albeit a Ravenels no 6! Totally standalone and I could pick up the plots easily. I would say 80% was enthralling, 20% was a little slow especially during the wedding and honeymoon. Overall, it was engaging and exciting! Now I need to look up for more Lisa Kleypas and the previous Ravenels!!!

This book did reminds me of Fifty Shades of Grey LOL! Tom sure did feels like Christian but in a more humanly way. Cassandra is definitely more vivacious compared to Anastasia. It's a case of opposites attract and the attraction had many obstacles which made the novel more interesting. I'm in awe with all the scientific/mathematics included in a romance novel! This truly had me at wow!

I've enjoyed how it was written, plotted and paced. Lisa is definitely at her element and I can safely say that she's been added to my 'favourite romance author' list :-) It's her way with words, so naturally yet truly engaging. Had me wanting to finish it sooner but then life still has to go on LOL! I can imagine it while reading which is a plus point for me! And yes, Man of Steel's Henry Cavill was my Tom Severin LOL!!! 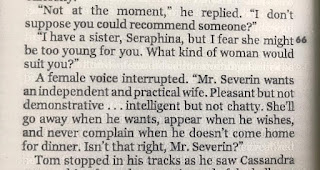 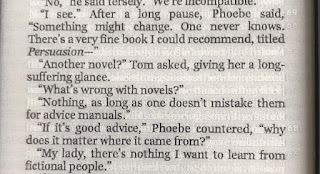 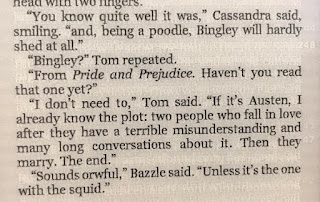 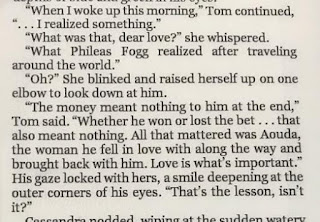 Overall, I've totally liked that there were many references to famous authors and novels during then. Such awesomeness that it has been incorporated in which I felt the relevance of it and so realistic too. Definitely a novel worth reading!