After Palladium Mall and lunch, we walked back towards Central World. We spent the whole afternoon here, especially since they had Naraya sales at the ground floor! And so here are some random photos taken in between shopping ya... 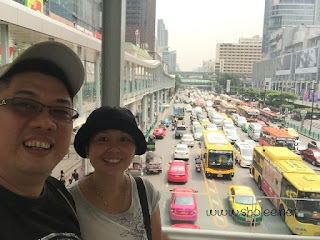 The walk from Palladium Mall to Central World. I loved the elevated walkway which we can escape the jam and the heat! Central World does have a huge shrine outside the mall and many locals from all walks of live would pray here. 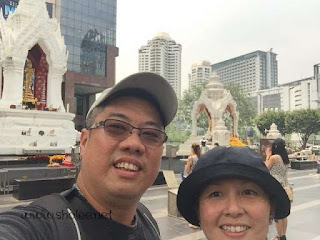 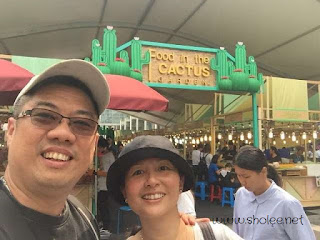 Well, since we have plenty of time so we started fooling around... 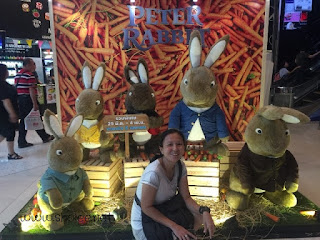 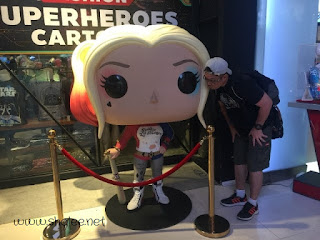 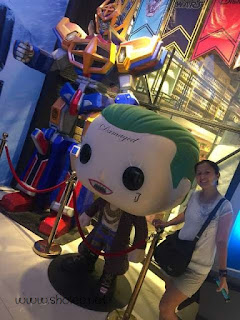 Since it's highly recommended on social media and they do have a counter here, we gave this Phoenix Lava a try. To be honest, nothing exceptionally outstanding lah... just a durian puff. 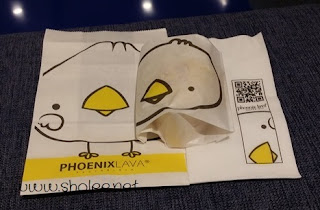 This dessert shop is also highly acclaimed but it looks like any other dessert shop back home so we forgo it. 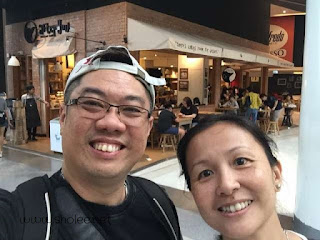 Can you see what we were trying to do? 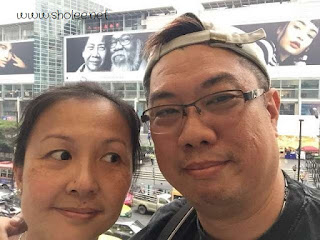 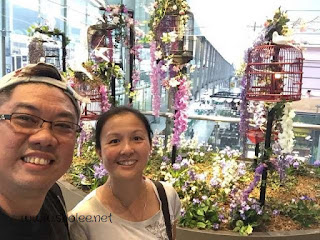 Another must see before taking the train, the canggih toilet in one of the malls! You can't find it in most famous malls and hotels in Malaysia thus far... 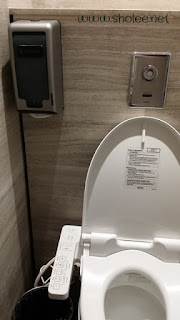 On the way back to the hotel, we stopped by here for dinner. Unfortunately, it was not as great. It's one of the stalls on the kaki lima by a row of shops. 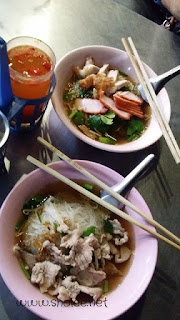 After freshening up, we went to this shop opposite our hotel for a late night cap. Apparently the cook was not around and they should have told me their kitchen was closed. Instead, they took my order and whipped this up..... the french toasts were more like toasted bread drenched in ??? 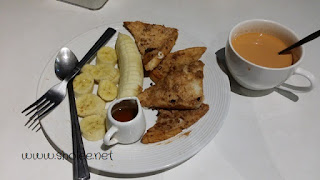 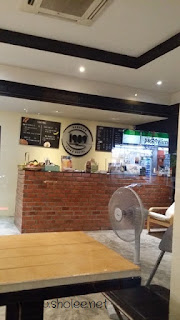 All in all, an interesting and fruitful day. Just wished it was longer as we were to leave Bangkok the next day... le sigh!!!