Since there was just too many photos, I have split day 2 into 2 posts i.e. by country. So the first post of day 2 is Macau.
Yes, old and new Macau is connected via a bridge. There's one ferry port at each town for the convenience of the folks going to and fro Hong Kong. According to the taxi driver, each port is owned by the respective billionaire i.e. red coloured one at old Macau is owned by Lisboa boss and blue coloured one at new Macau is owned by Sheraton boss.
Our initial plan was to have another famous Portuguese Egg Tart @ Margaret's Cafe, for breakfast in old Macau. Unfortunately, it opened at 10am and we were early by an hour so we went next door for breakfast. There we found the waitresses not as friendly but then we were hungry so ignorance is bliss! 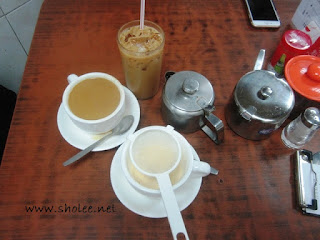 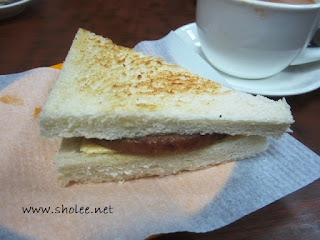 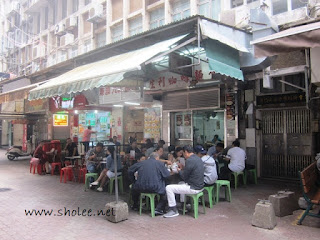 We were shocked, looking at the queue building up for Margaret's Cafe when we exited next door! It was just another 10 mins or so to 10am!!!
After analysing both Lord Stow's and Margaret's, we decided that we preferred Lord Stow's Portuguese Egg Tarts. Somehow Lord Stow's pastry was more buttery and fluffy compared to Margaret's which was more firm and bland. Both egg fillings were about the same though.

Next stop: Senado Square and St. Paul's Ruins. It's a good walking distance of about 15 to 20 mins from Margaret's Cafe and I've enjoyed the walk on the retro cobblestones. However, the path was thoroughly crowded even at 11am! 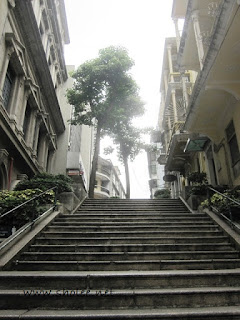 Loving those retro cobblestones and buildings! So vintage and unique! 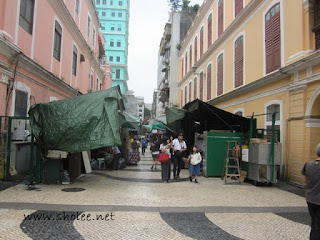 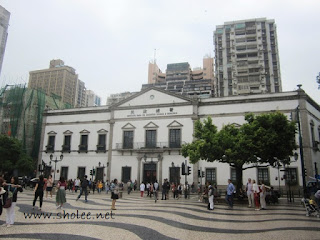 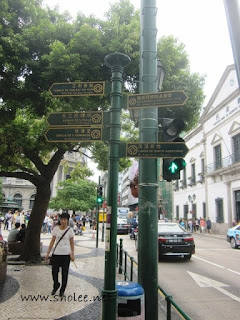 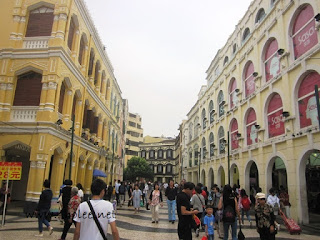 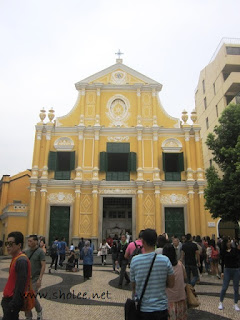 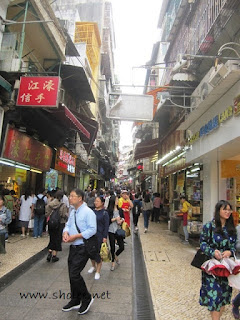 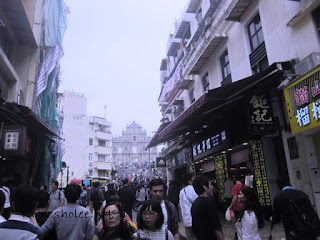 It sure was a crowded and busy Saturday! I immediately felt lazy to walk up the stairs to the ruins... 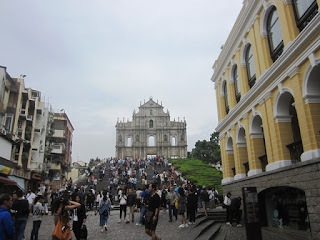 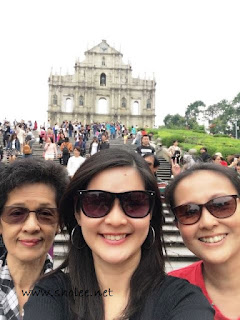 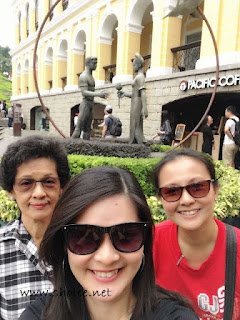 After that tiring and hot walk, we grabbed a taxi back to our hotel as it's time to check-out and catch the ferry to Hong Kong! We did have a quick lunch at the ferry terminal while waiting to board our ferry and it was surprisingly good. 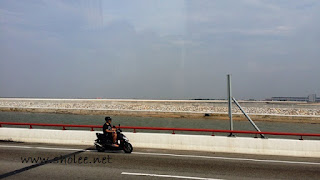 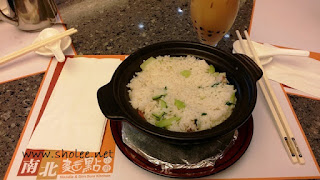 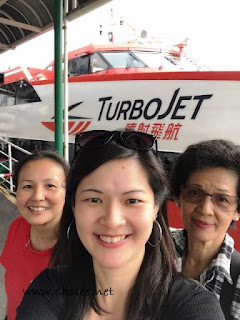 TIP: Free WiFi in Macau among the malls and hotels are seamless to use and fast! Once you have connected to any of the routers before, it will connect automatically without much hassle. So convenient and easy to use!