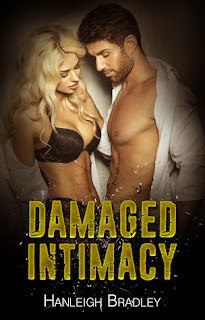 Tallulah is a happy, bubbly, excitable girl or at least that's what everyone else thinks. Inside... Inside she's a mess. She's holding it together, but she's got a secret, a secret that she can't tell anyone. A secret that makes her skin crawl and leaves her crying herself to sleep. She tells herself she'll be okay. That she can cope. She can forget about how damaged she is. Then she meets Jarrod, her best friend's boyfriend's best friend and he's everything she's ever wanted except she isn't the girl she used to be and now she doesn't think she deserves what she once wanted.

The above taken from Goodreads. I've received this e-ARC in return for my honest review.

When I've started reading, I realised it's a novella as there's only 50 pages from my copy. Then I realised that it's actually a series as there's no ending as yet. Looks like I would have to keep following until I've reached 'The End'. Hmmm... anyway, the story flips from the male to the female point of view, it's quite seamless and point on. Quite antagonising as the ending was kinda cliff-hanger. Well, the plots were well thought of thus engaging... except for some minor typos. Other than that, a good plot thus far.

So if you wanna read this, just be prepared it's a series :-)
Email ThisBlogThis!Share to TwitterShare to FacebookShare to Pinterest
Sections: Books