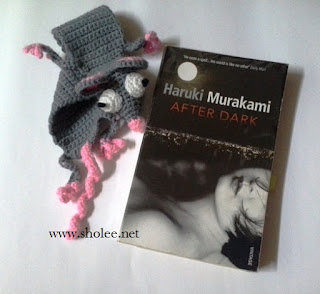 A short, sleek novel of encounters set in Tokyo during the witching hours between midnight and dawn, and every bit as gripping as Haruki Murakami’s masterworks The Wind-Up Bird Chronicle and Kafka on the Shore.

At its center are two sisters—Eri, a fashion model slumbering her way into oblivion, and Mari, a young student soon led from solitary reading at an anonymous Denny’s toward people whose lives are radically alien to her own: a jazz trombonist who claims they’ve met before, a burly female “love hotel” manager and her maid staff, and a Chinese prostitute savagely brutalized by a businessman. These “night people” are haunted by secrets and needs that draw them together more powerfully than the differing circumstances that might keep them apart, and it soon becomes clear that Eri’s slumber—mysteriously tied to the businessman plagued by the mark of his crime—will either restore or annihilate her.

After Dark moves from mesmerizing drama to metaphysical speculation, interweaving time and space as well as memory and perspective into a seamless exploration of human agency—the interplay between self-expression and empathy, between the power of observation and the scope of compassion and love. Murakami’s trademark humor, psychological insight, and grasp of spirit and morality are here distilled with an extraordinary, harmonious mastery.

This is my first Murakami book and I was definitely entering his realm with high expectations. I've read many rave reviews of his works thus I do not expect any lesser. Since I did not have the luxury to choose which of his works to start first, I've opted for the thinnest from the 2 books that I have of this author.

Starting off, I noticed that the translation was affluent. Though I do not know the original in Japanese, I thoroughly enjoyed Jay's translation as it felt seamless... I was able to grasp the story. I have always avoided translated books as I find that I can't imagine or feel the translated story. Hence, I did have my doubts when I started reading this book. Thankfully my doubts were unfounded.

Murakami definitely is a very creative storyteller... weaving his wand through the story stylistically, leaving my intrigued... wanting to know the ending more. Well plotted with meticulous details, evenly paced with relate-able story line. I liked that he has included a few oldies that made the story more realistic. However, upon reaching the ending, it was not what I thought it would be. It was unpredictable... leaving me hanging in fact, without a firm closure... jeez!

Now I am looking forward to the other Murakami book I have, but in the meantime, I still have lots of TBR in queue. So after finishing my ARC's, I'll look forward to picking from my TBR jar again :-)
Email ThisBlogThis!Share to TwitterShare to FacebookShare to Pinterest
Sections: Books