MPOV: The Flame of the North (e-ARC) 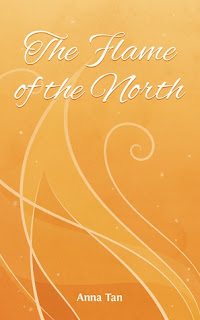 I've received this e-ARC from the author in return for my honest review.

This is a continuation from 'When winds blow cold' which was a short yet sweet story. You can read my review here:
http://www.sholee.net/2015/10/mpov-when-winds-blow-cold-e-arc.html

Ten-year-old Mica hates the cold. Yet he’s bound by duty—and prophecy—to rule over the City of Winter as his grandfather’s heir. All signs seem to indicate that something is wrong and the reappearance of the Yuki-Onna in the Painted Hall is an additional worrisome detail…

The Flame of the North (North #2) follows Danis & Hana’s son as he attempts to fulfill the last portion of Dragon’s Prophecy.

Another short and sweet story which truly grasped me, taken me into the cold plot. Though not as complicated as the first, it was still as entertaining but ended just too soon. I was expecting more but that's it... even though I was tired but it did piqued me in the end. 24 pages, on my Aldiko, is just too short!

The only thing I didn't like was the term 'babe' used to describe Mica's sister. It should have been baby instead of babe since babe is widely used to identify women. As Mica's sister is still an infant, the term baby is more suitable in my opinion.

Anyway, I'm wondering now... is there another sequel? Since north and south have been covered, so next will either be east or west? After Princess Hono has grown up perhaps? Just curious...
Email ThisBlogThis!Share to TwitterShare to FacebookShare to Pinterest
Sections: Books