Hi-tea with the creative ladies @ The Majestic Hotel Kuala Lumpur

I have not been to a hi-tea before so I honestly do not know what to expect from it. So when I was treated to one, I felt so blessed and thankful since it's always associated with the elite. Well, it was not just an ordinary hi-tea as apparently it was one of the best in KL too!

The Majestic Hotel Kuala Lumpur is a YTL classic hotel. Living it up to it's name, this 5 star hotel does look majestic with it's colonial heritage design. It was built in 1932, being one of the iconic and fancy hotel back then to the rich and famous.


By the 1970s, however, the hotel had lost its lustre, giving way to newer, bigger and more luxurious hotels. Saved from demolition by the government, she was gazetted as a heritage building under the Antiquities Act. At the end of 1983, the last guests checked out and the hotel became home to the National Art Gallery from 1984 until 1998, until it relocated to its current premises.

YTL Hotels was then entrusted with the restoration of this national treasure, a project the Company undertook with much pride.

The Drawing Room is an elegant private room, so colonial English, apparently designed for Afternoon Tea. I was so grateful to be treated to such a tradition, hence feeling a little out of place in this grandeur. As English as it may be, the menu though was a mixture of traditional and modern.
Well, when we arrived, we were busy taking photos! How can you not snap when the lighting and setting is so perfect?! 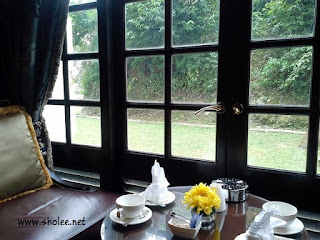 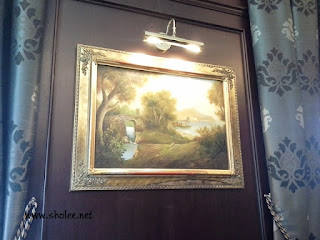 I am so lost for words while blogging this hence I've kept it short, mostly filled with photos. I just felt so lucky to have known these ladies, so blessed to be treated to this wonderful hi-tea and so grateful to experience such English Afternoon Tea.

Aside from us catching up over tea, I've also learnt something new - SARK's Creative Dream Game. Though I'm still a blur, I just hoped I did it right :-p Both Ai Jou and Shia Lynn are positive influences for me so I do hope to gain more self-confidence in my future endeavour moving forward. FYI, Shia Lynn is the founder and owner of this handmade creative business:
http://www.theartsycraftsy.com/

Thank you, Ai Jou, I truly appreciate it. Hugs and kisses!
Email ThisBlogThis!Share to TwitterShare to FacebookShare to Pinterest
Sections: Food, Outings