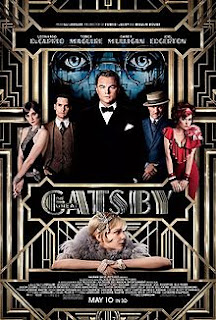 In the winter of 1929, Nick Carraway, a Yale University graduate and World War I veteran, is staying at a psychiatric hospital to treat his alcoholism. He talks about Jay Gatsby, describing him as the most hopeful man he had ever met. When he struggles to articulate his thoughts, his doctor, Walter Perkins, suggests writing them down, since writing is Nick's true passion.

In the summer of 1922, Nick moves from the Midwest to New York, taking a job as a bond salesman after abandoning writing. He rents a small house on Long Island in the (fictional) North Shore village of West Egg, next door to a lavish mansion belonging to Jay Gatsby, a mysterious business magnate who often holds extravagant parties. One day, Nick drives across to old money East Egg to have dinner with his cousin, Daisy Buchanan, and her husband, Tom, Nick's college acquaintance, who live across the bay. They introduce Nick to Jordan Baker, a cynical young golfer with whom Daisy wishes to couple Nick. When Nick returns home, he sees Gatsby on the edge of his dock, reaching out to a mysterious green light coming from the Buchanans' dock.

Jordan tells Nick that Tom has a mistress who lives in the "valley of ashes", an industrial dumping ground between West Egg and New York City. Not long afterward, Nick travels with Tom to the valley, where they stop by a garage owned by George Wilson and his wife, Myrtle, Tom's mistress.

Finally had the chance to watch this movie, thanks to Astro PVR. I have delayed watching this movie for months after recording it, not sure why but now I know... it is actually an epic movie of love lost and found which I had to watch whole heartedly! Who would have thought that since it's written by a male author and way back then?

The castings were good with Leonardo looking so dapper! TBH, I was never a fan of his since Titanic days but after watching this movie, I stand corrected. It seemed so surreal with Tobey alongside, retelling the story in it's entirety. In summary, love started - love lost - love found but money and fame can't buy love and friends. Sad but true as portrayed in this movie which is also true in this materialistic world. Also with death, all the bad apples were easily swept under the rug and blamed on the dead. So, so, so apt... I actually felt so melancholic watching the ending...

The only set back was the setting and music where some scenes were from current settings and they've incorporated some current hip hop songs too. That definitely brought me to now and reality bites ya all!

Normally, if I watched the movie first, I'll usually disregard the book. But this time, it is the opposite, I can't wait to buy and read the book!