MPOV: The Light of Day (a beyond the horizon novel) (e-ARC) 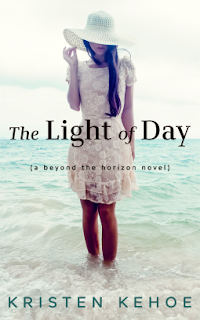 Every action has its own consequence…

Cora Whitley has learned the hard way that there are some choices you can’t escape, you merely survive. And she is, surviving that is. She’s living, breathing, eating, sleeping, working, all of the things you do when all you’re trying to do is get from one day to the next without truly remembering who you were.

Jake Ferrari recognizes Cora the minute he sees her. Maybe it’s because somehow he knows she’s as broken as he is, or maybe it’s because when he looks at her he sees that the life he thought was over when his elbow blew out and his pitching career came to a halt can now be something different. Something better with her.

But nothing comes for free, not even love. Follow Cora and Jake as they piece together their lives and deal with the consequences of falling in love with the one person they know they can’t have.

Note: I have gotten the e-ARC from the publisher via NetGalley in exchange of my point of view.

A light read yet dealing with some heavy life issues like alcoholism and dementia. I honestly felt the pain and suffering of both especially Cora. It was well written, descriptive but the fillers were a little dragging at times. It's written from both Cora and Jake's point of views, alternatively, hence the more explorable views and understanding of what they had gone through. A recommended read for some heart-wrenching soul.

A story of 2 broken souls who found comfort in each other, trust and eventually love. Both grew and bloomed together, admitting and confronting their flaws and fears, being strong for each other. Written well, a good and inspiring book. Just find the fillers a little dragging at times.