2 Sundays ago, we had a day out without daddy as hubs had to work. Tyger wanted to participate in a card competition organized by DeCard at Summit USJ and Princess wanted to meet Sofia the First at Sunway Pyramid.

So we went to Summit first as the competition starts at 1pm. Wow... the crowd! What a turnout! Never knew there were so many fanatics... honestly, I can never understand this card game, totally eluded me o.O 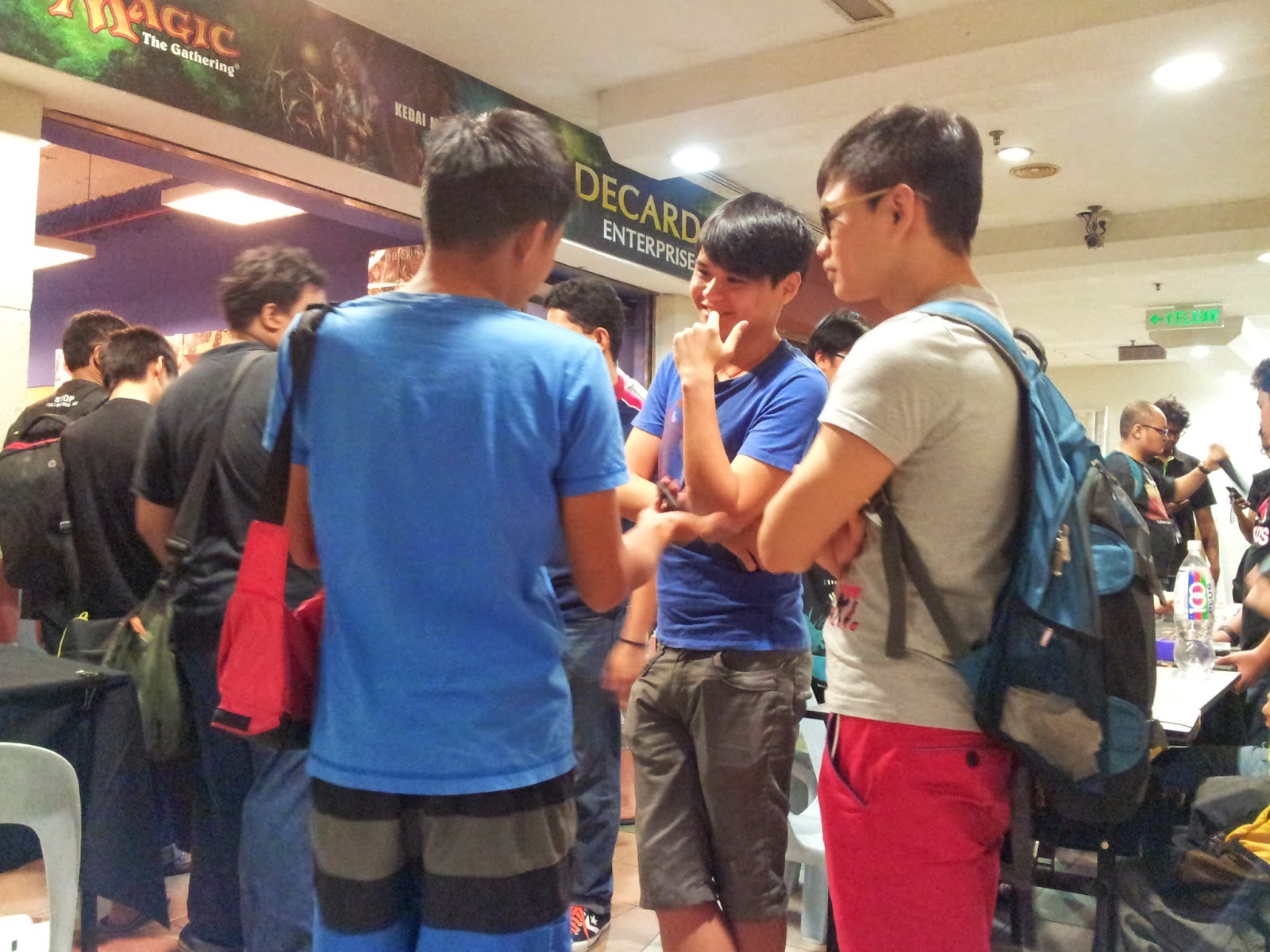 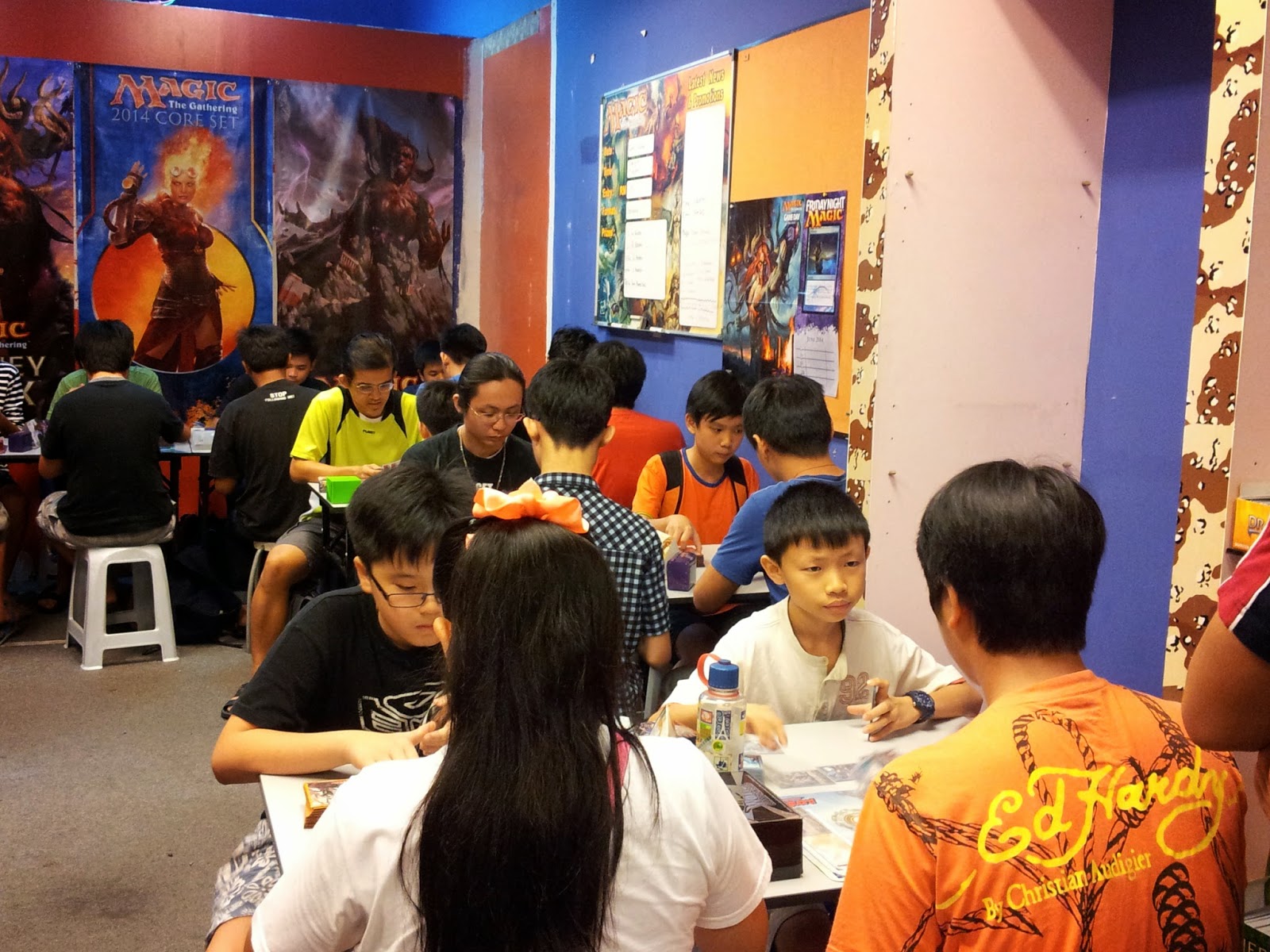 While waiting for Tyger, we headed outside as there was a Malaysian Dogs Deserve Better adoption drive. Princess was ecstatic! She busied herself petting, playing and carrying those adorable puppies! A good turnout and quite a number of puppies have been adopted! 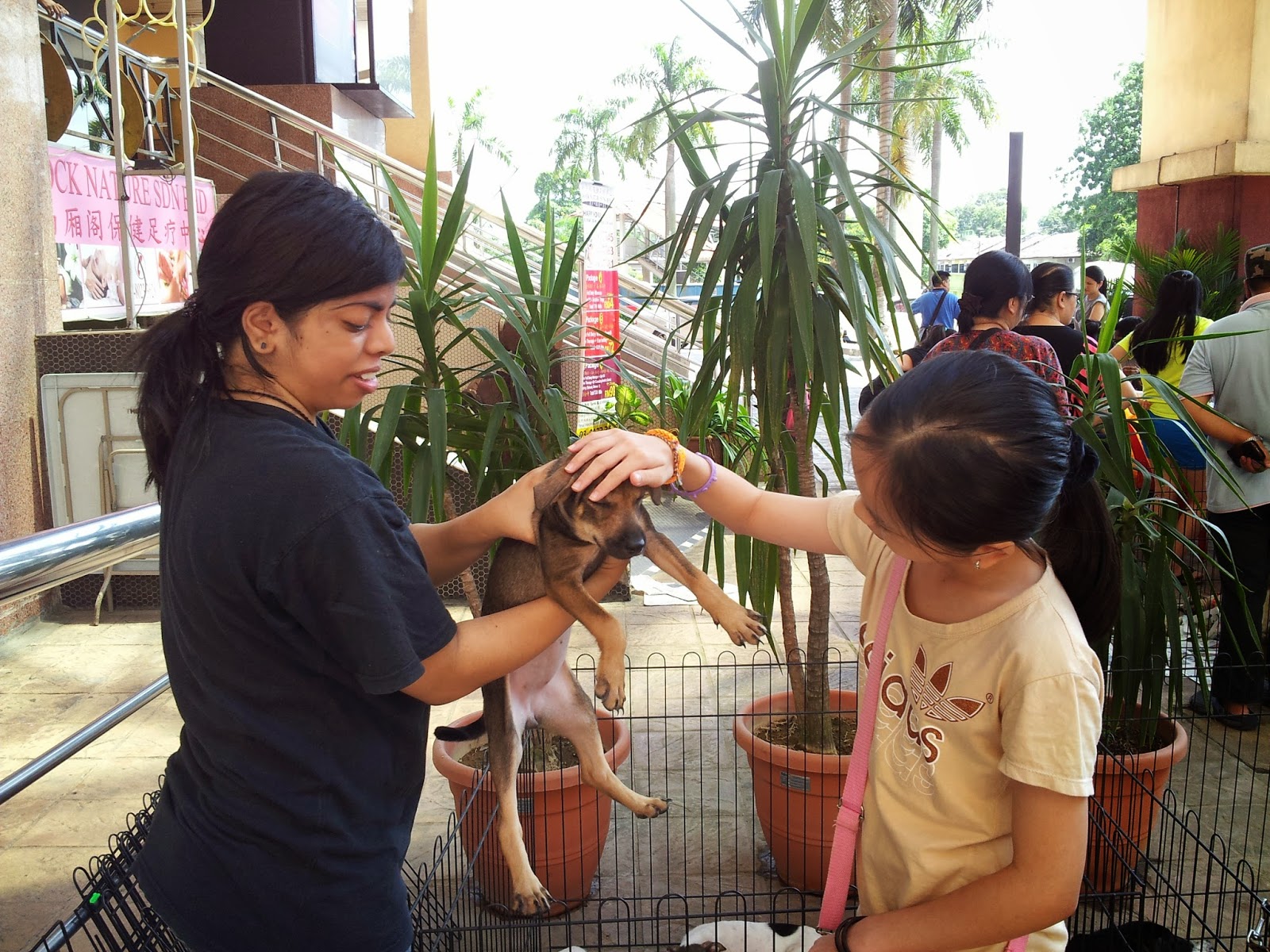 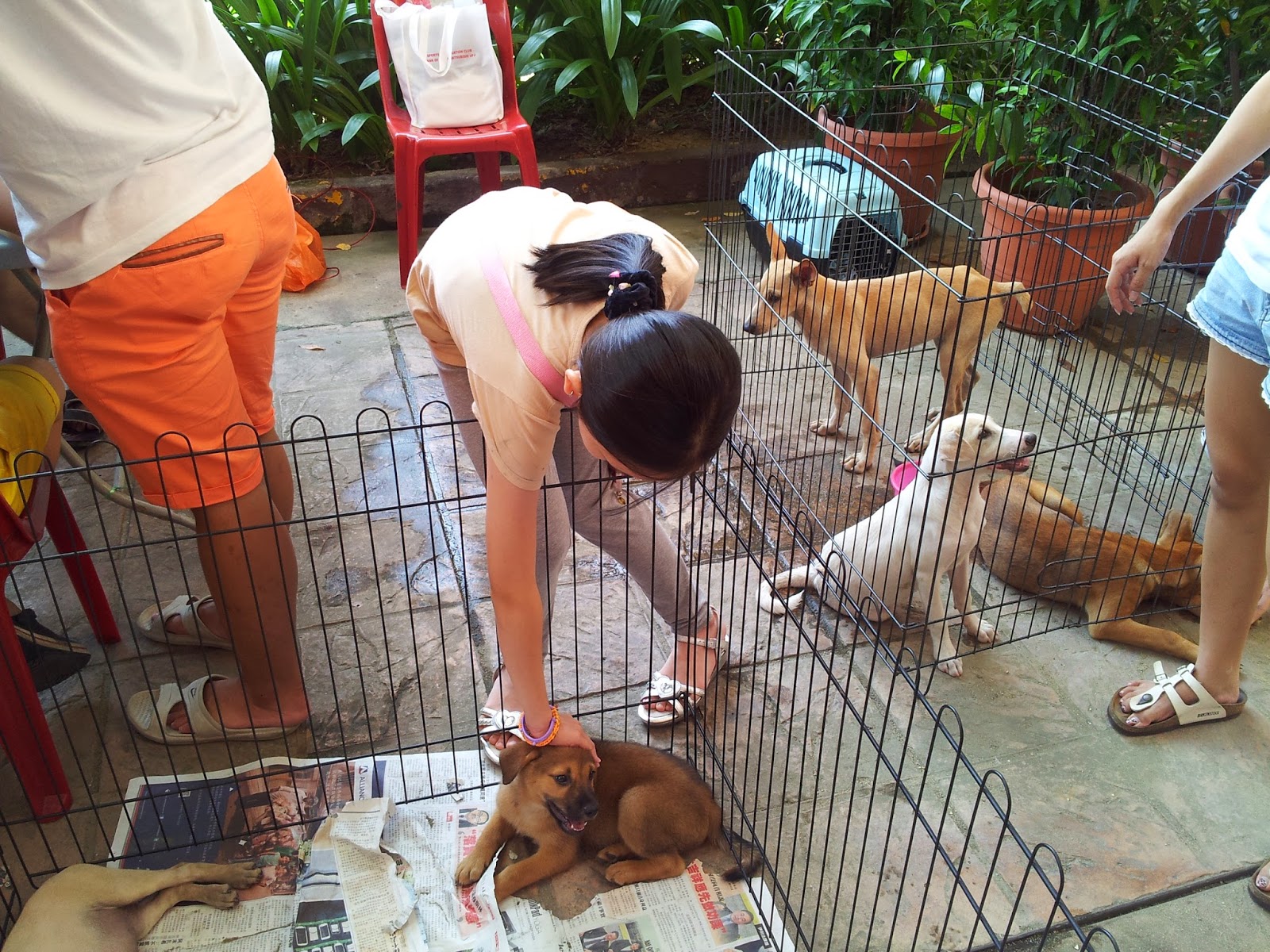 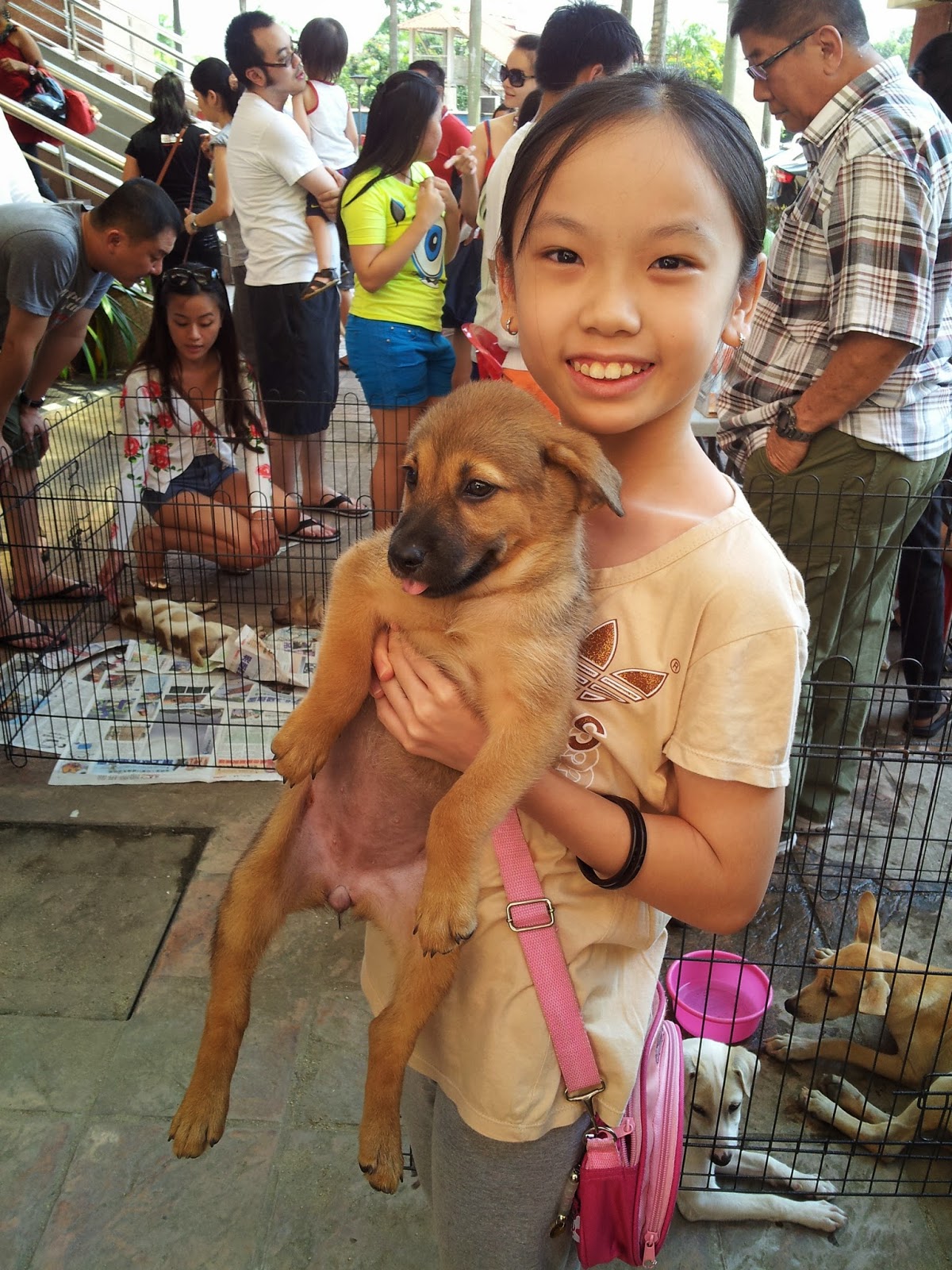 By the time Tyger was done, it was nearly 4pm. Although he didn't win, he felt good as it was a good experience plus he knows his weaknesses... he needs more practice to better improve his game too. Now he is aiming for the year end competition =.=
We quickly rushed to the bus stop and managed to catch a bus to Sunway Pyramid! Thank goodness... in time for Sofia's photo session! We missed the show though and Princess kept harping about it >.<
It was kinda tiring but seeing Angel's happiness and excitement made it all worthwhile. Their bantering, chats, jokes... LOL! Totally wished hubs was with us then it would have been more fun and memorable!

Unfortunately, our joy was short-lived as hubs received a call from hometown, FIL had taken a tumble and has been hospitalized! I was so shocked... suddenly images of dad appearing in my mind... sob! Kept shaking it off and praying for FIL's safety.We had to rush back and thankfully he was alright albeit some blue black and scratches here and there, dehydrated and bloated. When we visited him at the hospital, he looked so frail and weak amidst the poor hospital condition. Seeing him sooo kesian... anyway, he has been discharged since but his movements have slowed down and still so weak. Appetite is also poor... truly praying for his speedy recovery. Amen.
Email ThisBlogThis!Share to TwitterShare to FacebookShare to Pinterest
Sections: Family, Outings