Finally, this is the last of my Bali travel posts. So sad that time flies when we are enjoying ourselves. Anyways...

After the beach, hubs was on the hunt for babi guling again. He remembered this shop we had the last time we came which was nearby our hotel. Thankfully it still exists! 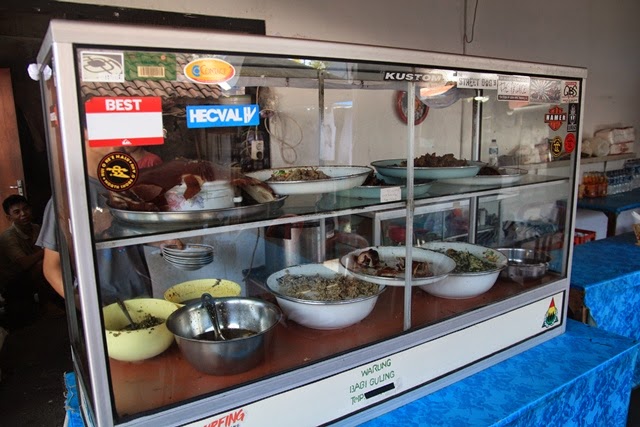 For IDR90,000 inclusive of 2 bottles of soft drink, it was awesome and yummylicious! The meat was tender, the skin so crispy, the taste was so rad! This is by far the best babi guling we had! It is along Jl Melasty, Kuta. You will spot a souvenir market first... many stalls at the front façade. As you walk further inside the market, you will see this shop, definitely won't miss it.

After lunch we headed back to our hotel to start packing and check out.
As we had ran out of Rupiah, we went to a money changer first which was near the hotel, further down, but unknowingly went to a wrong one. There were a few but not sure why we had ended up in this rundown fake money changer. It's also our mistake for not opening our eyes big big!

Well, for a start, it is actually selling clothes and souvenirs with a small sign-age of the currency exchange. It's apparently the best rates amongst the rest on the same row. Secondly, he offered to change in small notes i.e. IDR10,000 only. He gave excuses but this is the reason for his trade. He'll placed the notes on the table by stacks of IDR100,000. After counting, you would have thought it was the correct amount. Lo and behold, after we left, we realized we were short of RM70!!! The receptionist at the hotel told us, many such fake money changers will pretend to count and then with quick hands reduced the notes, like those in magic shows. It was a huge lesson learnt since we were really on a tight budget and this dishonest Indonesian stole our $$$. It hurts but we can't do much now except to inform you, you and you of such thieves! Make sure you open your eyes big big and look for a legitimate money changer like BMC. When you Googled, you can see many people had been scammed by these bastards too. 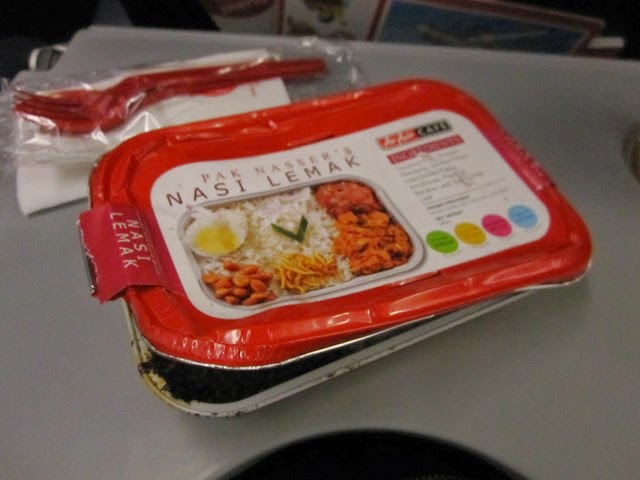 Finally boarded our flight back to Malaysia. Honestly had a wonderful trip albeit a tight schedule and some inconveniences but nevertheless... can't wait to save up more to come again the next time. Hopefully with Angels ^.^
Email ThisBlogThis!Share to TwitterShare to FacebookShare to Pinterest
Sections: Family, Food, Thoughts, Travels