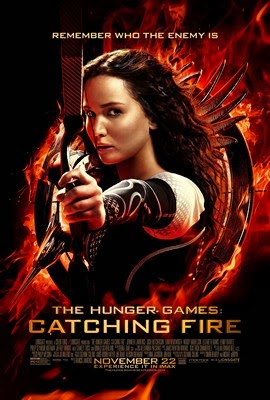 After winning the 74th Hunger Games, Katniss Everdeen and Peeta Mellark return home to District 12. President Snow visits Katniss and explains that her actions in the Games have inspired rebellions across the districts. He orders her to use the upcoming victory tour to convince everyone her actions were out of genuine love for Peeta, not defiance against the Capitol.

As the tour begins, Haymitch Abernathy, mentor to Katniss and Peeta, warns them that the "show" of their relationship must continue for the rest of their lives. Katniss suggests a public engagement between herself and Peeta, which is carried out and congratulated by Snow at his mansion in the Capitol.

Returning home, Katniss warns her friend Gale Hawthorne of Snow's threat to kill both their families. Peacekeepers crack down on District 12 and Gale is publicly whipped after attacking new Head Peacekeeper Romulus Thread. Snow announces a special Hunger Games, the Third Quarter Quell, where all tributes will be selected from previous victors. Katniss immediately devotes herself to ensuring Peeta survives, recruiting Haymitch's help to do so. At the reaping, Effie Trinket draws Katniss and Haymitch's names, but Peeta immediately volunteers to take Haymitch's place.

A surprisingly better movie than the first one. Revealing more of the actual hidden message which is the revolution and also the mascot of the revolution which is the mockingjay aka Katniss. A much better storyline and also realistically moved by the humanity of many who are against Snow. It may be predictable but yet different in many aspects. Totally loved the wedding dress Katniss wore... from a white wedding dress, upon twirling becomes a black mockingjay dress! Now I feel intrigued, wanting to read the last book to know the ending... how now, brown cow?