We were hunting for dinner after work when we discovered this newly opened restaurant. It looks clean and inviting hence prompted us to try it out.

We kinda regretted our decision because:


Honestly, it was definitely a very bad first time experience. If you do not wish to serve last minute customers then please by all means just tell us!!! Hubby did asked if they are closing before we stepped in… and they quickly gestured us to come in instead of telling us otherwise! They should also tell us subtly about the closing time instead of upon ordering i.e. after drinks were served, can ask for last order as they are closing… that would have sounded much better! Come on… it’s plain and simple courtesy!

Anyway, back to food, we ordered: 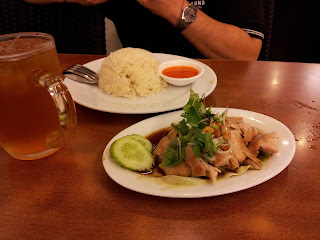 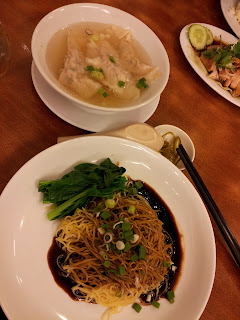 Shrimp/ pork dumpling noodle RM7 – the minced meat inside tasted bland except for the sudden pungent taste of Chinese parsley. Luckily the texture of the noodle was springy and nice. 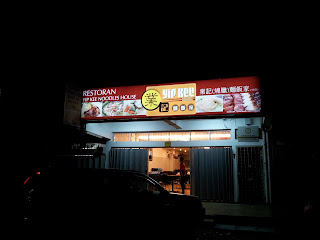 After we exited, they immediately pulled the doors closed =.=

Overall, it tasted ordinary, similar to any ordinary hawker fares outside which are much cheaper, by the way. The only plus point is it’s air-conditioned. Nothing else to critic, well, since we gobbled down our food instead of chewing and enjoying it. Total bill was RM17.30 inclusive of 2 glasses of Chinese tea (RM1.20 each – they use quality tea leaves so it’s a plus point here).